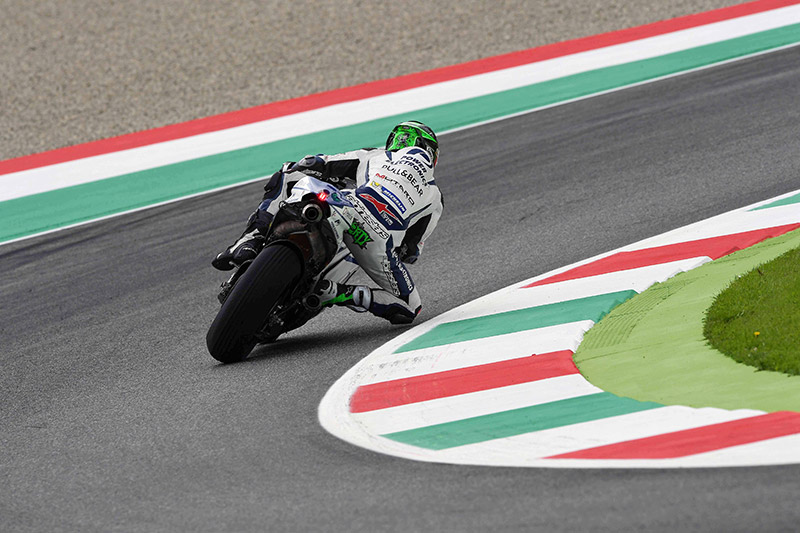 The Mugello circuit played host to the opening day of the Italian Grand Prix today under cloudy skies and although the rain stayed away the imperfect track conditions for first free practice saw a number of riders prefer to stay in their garage.

Aspar Team rider Yonny Hernándeztook the opportunity to set the fastest time of the session, running the new intermediate Michelin tyres with impressive effect on the damp track as he clocked a 1’54.199.

Eugene Laverty was seventh fastest this morning but was unable to draw too many conclusions as his track time was limited by a crash in the second session. The Irishman will now have to complete his set-up programme in the two remaining free practice sessions tomorrow before qualifying.

19th Eugene Laverty 1.49.852 (15 laps):
“You never need a crash but today’s was untimely because we missed the session this morning so everybody was trying to fit two sessions into one this afternoon. My first exit was good but on the second one I got caught out by the hard right hand side of the tyre. I thought it was up to temperature but it clearly wasn’t and it tucked in and let go. It’s a shame that we lost the rest of the session but we did a 49.8 on the hard tyre on the first run so that’s a positive. I think that tyre will be okay tomorrow and Sunday, it’s just the conditions so far are not what we are used to at Mugello and it probably needed another half a lap. My target this season is to go directly into Q2 but now I think we need to use FP3 and FP4 to prepare ourselves for Q1, focus on improving the bike and make up for the time we have lost today.”