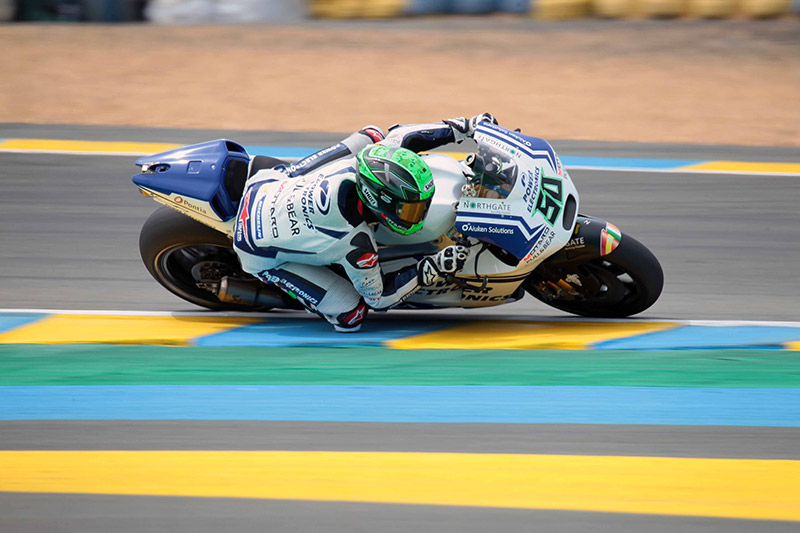 Saturday action at Le Mans saw pole position for the French Grand Prix contested in the afternoon. Jorge Lorenzo took the top spot -his first at the track since 2007 in 250cc.

After waiting eight years and accumulating three second positions and a third, he was finally able to take first place on the grid in France. The Spaniard rider has done so with an impressive 1:31.975 lap, lowering the pole record by six hundredths of a second.

Marc Marquez and Andrea Iannone will join him on the front row, with the second line of attack consisting of Pol Espargaró, Andrea Dovizioso and Bradley Smith. Valentino Rossi -winner of the last Grand Prix at Jerez- will start from seventh at Le Mans.

The Aspar Team riders began their qualifying activity in Q1, and both were in good form from the outset. However, Yonny Hernández and Eugene Laverty were denied access into Q2 by one and three tenths, respectively.

Eugene showed great pace in the fourth free practice session, giving a boost to his confidence for tomorrow’s race.

In qualifying, he was just 0.253 off the positions that would allow him to contest Q2, and he will start the French GP from sixteenth.

16th Eugene Laverty 1.33.452:
“I set a reasonable lap. I expected the position to be better, because I did a good lap on the first tyre and then improved to 1:33.4. I looked up at the big screen and saw the position when I passed the chequered flag, and it was less than I expected. It’s Saturday though -Sunday is the important day. It’s always nice to qualify a little bit better, but I just need to try to make a good start -a first two laps like I did at Jerez would be perfect. Our pace was good in FP4, so that’s a plus for us when you consider we were on a used tyre then. Having gone three seconds faster than in FP1, we’ve taken a huge step forward”.