Eugene to start Americas GP from fifth row of the grid 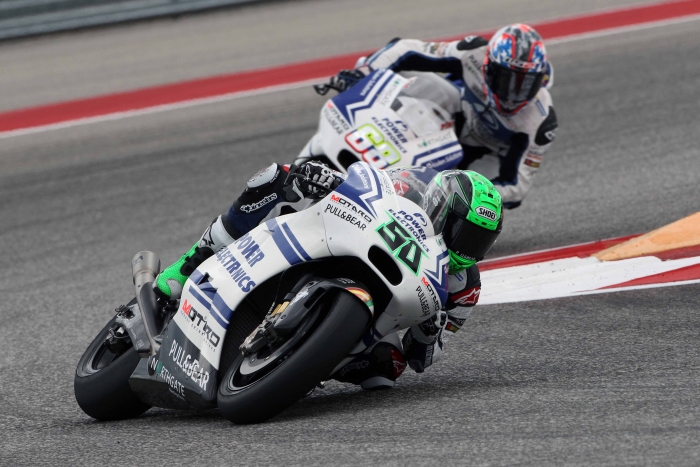 The fourth edition of the Grand Prix of the Americas is underway and for the fourth successive year the same man heads the grid for the race: Spaniard Marc Márquez.

He had already been fastest in the four free practice sessions and qualifying was no different. Marquez’s pole was achieved in the closest session of the weekend so far, with Jorge Lorenzo just 0.069s behind in second place, whilst Valentino Rossi has also qualified on the front row of the grid. Sunday’s race at the Circuit of the Americas will not feature Australian rider Jack Miller, who has fractured a metatarsal in his right foot.

Eugene Laverty was the best of the Aspar riders in the qualifying session today with a final lap which put him on the fifth row of the grid. The Irish rider was just over half a second off the lap of Aleix Espargaró which took the Spaniard into Q2. However, Eugene was positive about the result today and is looking for a comeback in the race tomorrow.

15th Eugene Laverty 2’05.425:
“It’s been a tough one this weekend actually. Yesterday with the crash it was difficult to find the direction. We went the wrong way this morning and came back a little bit this afternoon in qualifying. P15 is not bad but I’d like to be getting into Q2, that’s where we need to be. I’m on the fifth row so I’ve got to try and make a good start. This Ducati gets off the line well and I’ve got the horsepower for the back straight which always comes in handy, so let’s see what we can do. It is nice compared to last year when I didn’t have that power, I now have any extra overtaking place on the straight.”