Eugene sets to work at Circuit Of The Americas 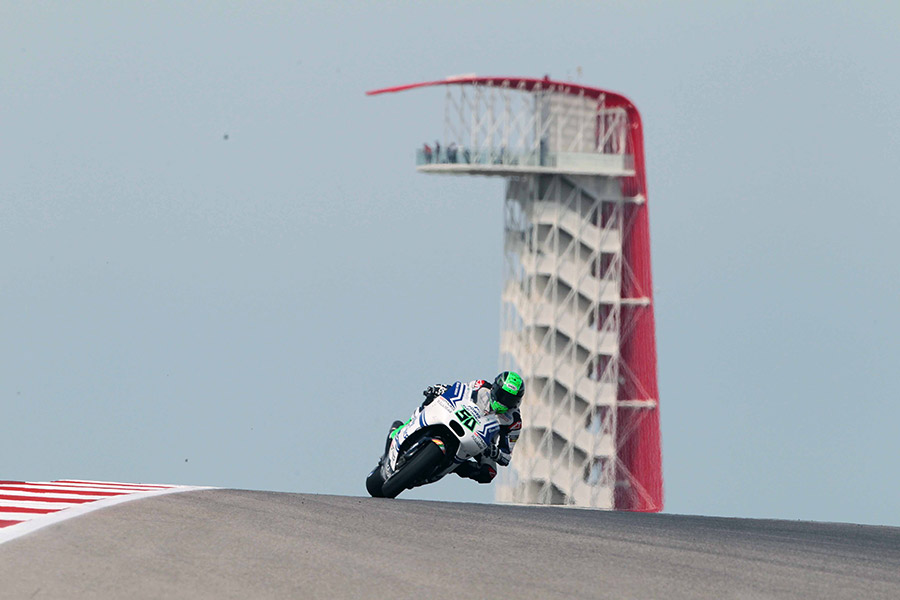 The Circuit of the Americas opened its doors for its fourth appearance on the MotoGP calendar this Friday, and the man who has dominated there since its inauguration was in top form again; Marc Marquez was the fastest rider of the day, more than seven tenths ahead of any of his rivals.

The differences between other riders was much tighter, and only three tenths of a second separated places 2-6. In addition to Marquez, Iannone, Viñales, Redding, Lorenzo and Rossi form a sextet which should ensure an exciting race on Sunday.

For the Aspar Team riders, today was the first day in which Eugene Laverty got back onboard his Ducati after his fourth place at the Grand Prix of Argentina.

Eugene, who crashed in the second practice session but escaped unhurt, has taken well to the Austin circuit and had a good feeling throughout the day. Laverty finished 0.130s off his teammate, Yonny Hernandez, who was fifteenth.

16th Eugene Laverty 2.05.891 (28 laps):
“I was on a good lap time and I wanted to push for another one, but I crashed at Turn 2 and wasn’t able to improve. The feeling with the bike is good, the tyres are working well here at Austin and the asphalt is more normal than Argentina. We’ll keep pushing to try and get closer towards that Top 12. We tried a different front tyre, a new one, and I have a good feeling with it -it feels very stable and has good grip. From the tyre allocation we were only allowed to use one type of rear today, so we’ll try a different one tomorrow. We’ll be pushing for Q2 tomorrow, which we missed out on at the first two rounds.”