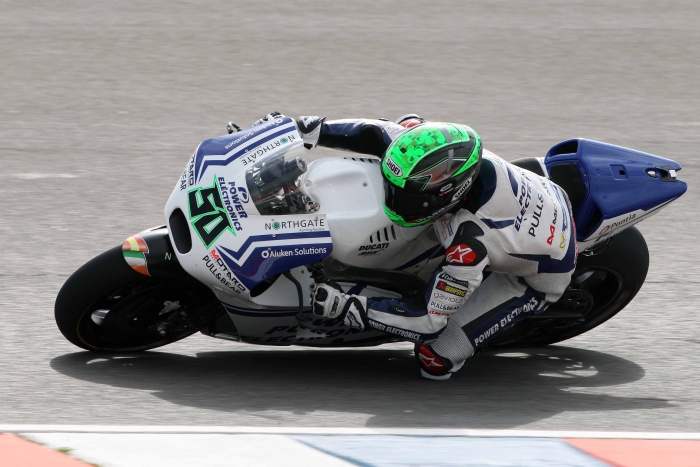 The MotoGP action in Argentina on Saturday was interrupted twice by red flags, the first two of the season. The first pause came due to a problem with the rear tyre of Scott Redding, before uncertainty about the performance of the tyres at this tricky circuit led to another break a few minutes later.

Spaniard Marc Márquez was the fastest in qualifying at the Autodromo de Termas de Rio Hondo, three tenths faster than any other rider on track. Next to him on the front row of the grid are Yamaha teammates Valentino Rossi and Jorge Lorenzo, second and third respectively. The rain held off on Saturday but could make an appearance tomorrow.

The Aspar Team riders both struggled in Q1 to get the best grid spots for the race tomorrow. Eugene Laverty fell just over two tenths of a second short of making Q2. The Irishman had concluded the last free practice in 11th place but was not able to repeat the result in qualifying. However, he is still confident of a good race pace.

Eugene Laverty 17th 1’40.990:
“The position is not fantastic but the lap times were really close. We know we have a good setting for the race because in FP4 I used the hard tyre and did a really good lap time, so hopefully we can finish much higher than seventeenth! It seems some other riders were able to gain more of an advantage than me with the soft tyre, so I am happy to use the hard tyre for the race – our performance is good.”