Crash.net reveals how Eugene is playing catch-up on the back of engine spec surprise 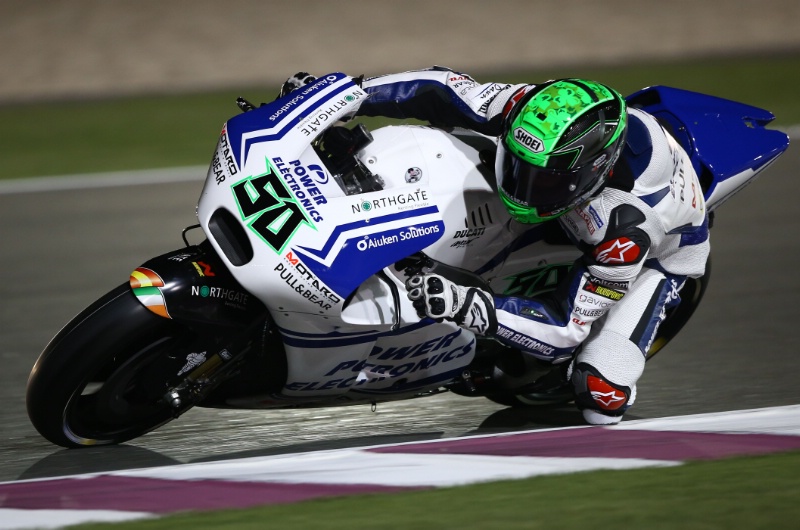 Crash.net has revealed that Eugene was perplexed to find out the engine he used through pre-season was a different spec to other GP14.2s, now ‘on the back foot’ as he plays catch up.

Their news piece is as follows…

Eugene Laverty has admitted he was perplexed to learn that the engine he used throughout pre-season testing was a different spec to the three other riders using the GP14.2, and feels that his new motor is ‘the real Ducati’ he had hoped for during the winter break.

His using of a new engine on Thursday confirmed an instant improvement and the Northern Irishman admitted that although he’s ‘on the back foot’, he feels there is substantial untapped potential with this latest engine.

“That’s something I didn’t know before here. I had been suffering problems all through winter testing that really hurt my confidence. I had crashes trying to make the bike turn and it didn’t want to.

“When I started with it yesterday I thought, ‘OK, pre-season testing starts now.’ It’s the first time on the real Ducati. We’re on the back foot but there’s reason for optimism. Now I understand what I was lacking and why the other guys were able to do what they were able to do.”

Although Laverty ended Friday evening in 21st place after focussing on a session of electronics issues and adjustments, he feels considerable gains will come on Saturday, especially when he fits new rubber, something he opted out of doing at the close of FP3.

“In the test we put some new tyres in and I was riding my ass off and I got a 57.1s. that’s when I realised that I was pushing the limit of the bike again. There was something wrong. With the different engine we had to go back to the drawing board and start from scratch now.

“I feel like we’re still testing. We had so much work to get through testing the electronics. At one point I wanted to throw a tyre in but then I realised that we’re struggling, and we’ll keep a fresh tyre for tomorrow. In FP4 we’ll see how a tyre is over a long run. The pace ain’t fantastic but it isn’t as bad as it looks and I’m confident that we can be in the 56s with a fresh tyre.”