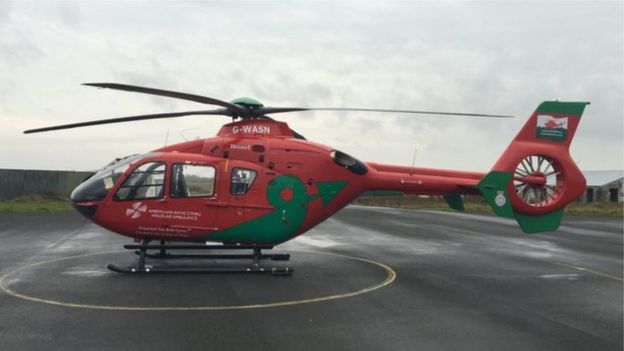 Eugene Laverty has praised the commitment by Chancellor George Osborne of £4 million funding for an air ambulance service in Northern Ireland.
Eugene said of the promise, “It’s fantastic to hear that Chancellor George Osborne has committed £4m to an air ambulance service in Northern Ireland. I’m sure that Dr John Hinds will be looking down with a smile at this news. He worked so hard to establish HEMS in NI and it’s great to see that dream becoming a reality. I couldn’t think of a better way to keep Dr John’s legacy alive.”

The Chancellor, George Osborne, has committed £4m to an air ambulance service in Northern Ireland.
It is expected to be closely based on the Welsh model, which has three helicopters and is run by a charity, but staffed by the NHS.

Northern Ireland is the only region of the UK which does not currently have a helicopter emergency medical service.
However, on Wednesday, Mr Osborne announced that about £4m in Libor fines would be used to fund one.
Libor stands for the London Interbank Offered Rate. It is the interbank lending rate that benchmarks interest rates across the UK.
The so-called Libor scandal arose when it was discovered that banks were falsely inflating or deflating their rates so as to profit from trades.

It is not yet known where the ambulance will be based.
DUP leader and first minister Arlene Foster has supported basing an air ambulance in her constituency at the St Angelo airstrip near Enniskillen.
Health Minister Simon Hamilton has talked about it in connection with the specialist trauma services at the Royal Victoria Hospital in Belfast.