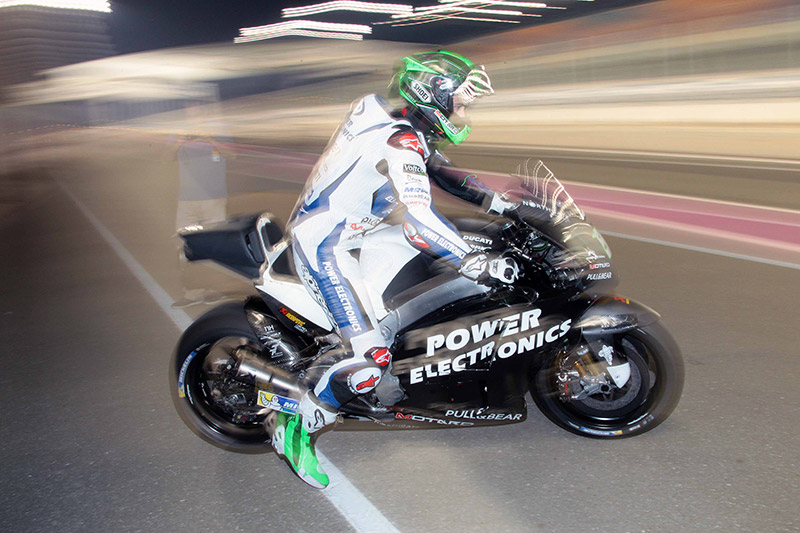 After nine days of testing at three of the most exotic circuits in the world, the MotoGP World Championship preseason is over. The next time the riders meet on track will be in the opening free practice for the Grand Prix of Qatar at the start of a season that sees Yamaha looking like strong candidates for success.

Their rider Jorge Lorenzo was again the fastest man on track today, the only rider capable of a 1’55 lap, although Ducati and Suzuki are also ready to perform after positive winters, in contrast to Honda. Young riders such as Viñales, Iannone (who already showed his worth last season), Petrucci and Redding have all shown signs of their intentions in 2016, with Honda seemingly on the back foot.

The Japanese factory had problems at Sepang, looked to have turned things around at Phillip Island before issues resurfaced at Losail. The moment of truth is fast approaching, with the opening race of the season just a fortnight away.

Unfortunately the ASPAR Team riders have not been able to complete as many laps as they would have liked on the final day of the test here in Losail, due to the limited number of tyres that Michelin had available.

Despite this setback both Eugene Laverty and teammate Yonny Hernandez did a great job over the three days of the test.

Eugene didn’t get the opportunity to turn his progress into a fast lap time but his renewed confidence after some major crashes during the winter mean he can also look forward to the start of the new season with optimism.

20º Eugene Laverty 1.57.146 (47 laps):
“We have to be positive because this is the first test we have completed without a major accident! I have got my confidence back and that’s the most important thing going into the new season. I have built up my feeling with the bike at this test, I still had a strange feeling with the front but we did make some big progress in that area towards the end of the session today. Unfortunately at that point we didn’t have the best tyres to run so I couldn’t set a lap time but it does mean that we finish this test with a smile and we know we have made an important step before the race weekend.”