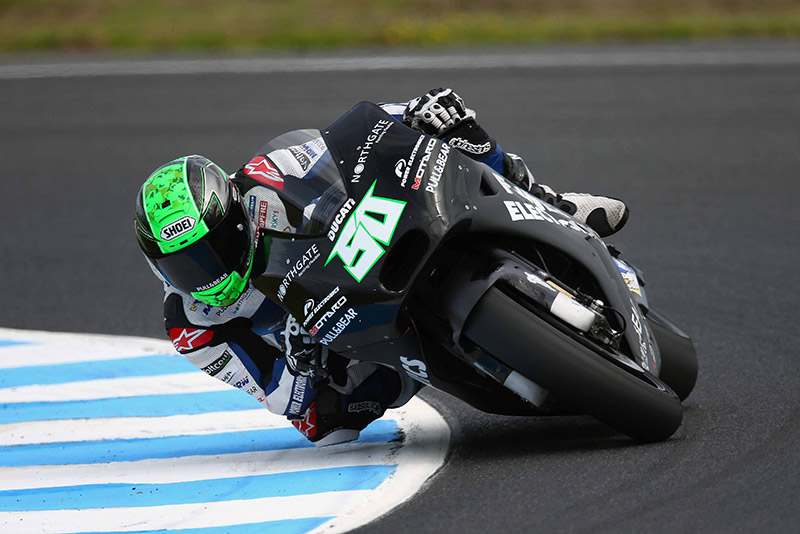 Once again the famous Phillip Island rain continued to fall today, as it has done throughout an ill-fated MotoGP preseason test that was designed to take advantage of the Australian summer.

Dry track time today was limited to the start and the end of the day, with lap times similar to those set yesterday, with yesterday’s pacesetter Maverick Viñales swapping places with Marc Márquez at the top of the order.

With just a tenth between them, the two Spaniards were a slight step ahead of the rest of the field today although there was little to choose between the majority of riders, which should make for an exciting start to the season on 20th March in Qatar. Before that first race the Losail circuit will play host to the third and final test of preseason early next month.

The adverse weather conditions were the last thing the ASPAR Team needed at Phillip Island, with Eugene Laverty unable to complete the extensive plan of work he had scheduled.

Eugene has been able to gather more data and improve his physical condition following his hand injury at Sepang, and he is hopeful of being back to 100% in time for that crucial final test of preseason.

19th Eugene Laverty 1.31.055 (45 laps):
“Like yesterday I continued to build my confidence in the bike today and now we are working through some chassis settings to see how we can make it more suited to my style. I feel that we understand the way for the future but right now we need more performance. I don’t like being this far down the order, that’s for sure, but at least today my body feels better. After yesterday I felt pretty beaten up but today I feel physically much better so hopefully by Qatar I can be fully fit and ready for it.”