Limited running for Eugene on final day at Sepang test 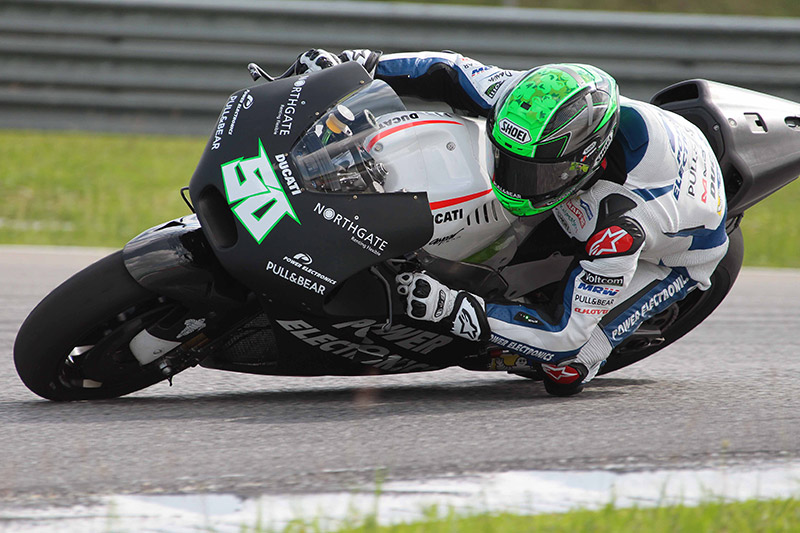 The first three days of MotoGP preseason testing in 2016 concluded today, with the riders now not set to return to the Sepang International Circuit until the Grand Prix here in October. Unlike previous seasons when the Malaysian track has hosted two preseason sessions, the next appointment for the teams and riders is another three-day outing at Phillip Island, on the 17th, 18th and 19th of this month.

Even though today was effectively cut short by a tropical downpour at around 3pm, the Sepang test has given the first indications of how the 2016 season might shape up. So far it looks like the factory Yamaha remains the package to beat, with Jorge Lorenzo demonstrating exactly why he is World Champion with a consistency and pace that has been unmatched.

The Spaniard was almost a second clear of his closest rival today as the only rider to break the two-minute barrier, although his team-mate Valentino Rossi has also shown a consistently high level of performance in second place. Ducati demonstrated that they have nothing to fear this season, their hard work showing with strong representation in the top half of the timesheets, including star test rider Casey Stoner, who has proved that he remains one of the fastest men in the world on two wheels despite having retired from competitive action back in 2012.

Eugene Laverty endured an unfortunate visit to Sepang, a crash on the first day ruling him out of action yesterday, only for his return today to be limited by a clutch problem with his Ducati, the inclement weather and the pain in his hand.

22nd Eugene Laverty 2’03.519 (25 laps):
“Unfortunately it hasn’t been the best test for us, with a crash on day one that ruled me out of day two. I was ready to ride on day three but there was rain in the morning so we waited for the track to dry and then had a problem with the clutch, which meant that I couldn’t complete a full lap. Then the rain came back so it’s been really unfortunate for us! On the positive side I was able to complete some laps and at least check my hand. At first there was some pain but the more I used the hand and kept the glove on it the better it felt. At the end of the day the pain increased again so I decided to stop because I wasn’t able to ride comfortably. Now I need to rest it and hopefully it will be 100% for the next test in Australia.”