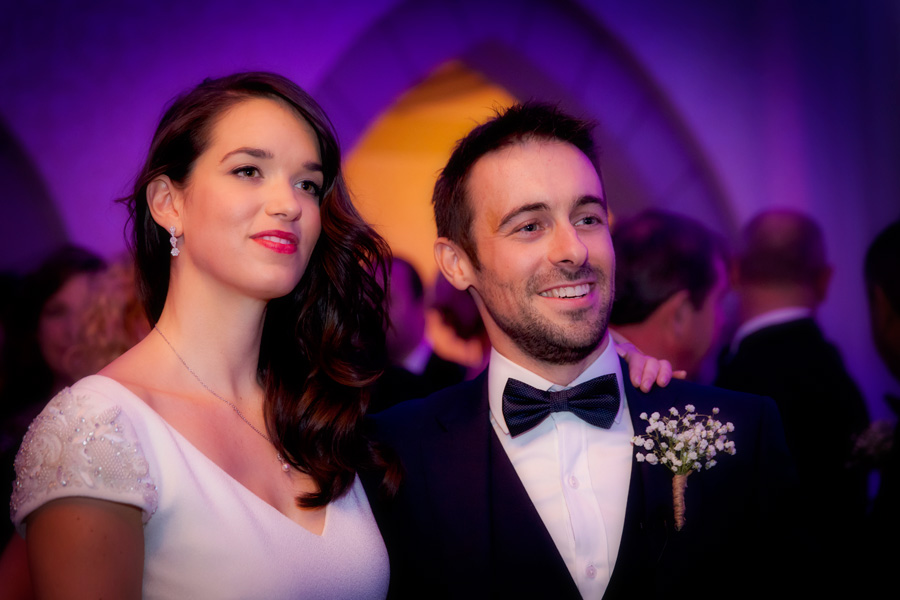 While the festivities had been ongoing throughout the weekend, the main event took place at 1pm on Monday afternoon at the castle, located a short distance from Shannon and Limerick on the west coast of Ireland, hosted a beautiful ceremony in the chapel-like Brian Boru Hall. The calm and idyllic service was a far cry from the storms outside that had been threatening to derail the travel plans of the 150-strong international guest list, as family, friends and colleagues flew in from Australia and across Europe to witness the couple solidifying their ten year relationship. Representatives from the MotoGP, World and British Superbike paddocks joined with some of Britain’s top athletes alongside Laverty and Morson’s long-term friends and family, with celebrations lasting until the dawn.

The groom’s party – wearing suits by Herbie Frogg and adorned with Mullingar Pewter pocket watches – was headed by Eugene’s twin brother Eamonn as best man, alongside brothers Michael, John, brother-in-laws Phil Marron, Daniel McLaughlin and Lee Vasey with proud father Mickey looking on.
The Bridal Party was led by flower girl Katy, followed by the bridesmaids (sister) Nicky and best friend Catherine de Cates who looked beautiful in their dresses from Two Birds in London, set off perfectly by pearl jewelry from Lunn’s in Belfast, while the bride herself shone in a slim line silhouette gown from Pronovias in Barcelona and her jewelry, diamond and pearl Mikimoto necklace which complemented her 18ct Diamond set earrings also from Lunn’s. Mothers Sheelagh and Kate presented the Cartier rings while the vows were read and Molly Devlin sang a beautiful rendition of Ave Maria.

With the service over it was champagne, photographs and congratulations on the balcony accompanied by live music from Jo Petit and the Dream Band, overlooking the winter wonderland themed banquet hall. Guests later sat down to a sumptuous five-course dinner with each serving separated by speeches, the cutting of the three-tier cake and the couple’s first dance, before the party got in to full swing with more live music From Jo Petit, two DJ sets and dancing until 4am.

After a hectic 18 event race season and six months of wedding preparations, the newlyweds remain at the castle for a further day of relaxation before returning to their Monaco home for the rest of December. Eugene’s recent injuries – a fractured wrist and dislocated shoulder sustained during a testing accident at Jerez less than a fortnight ago – put the brakes on the anticipated honeymoon trip to St Lucia which they will reschedule for later in 2016.