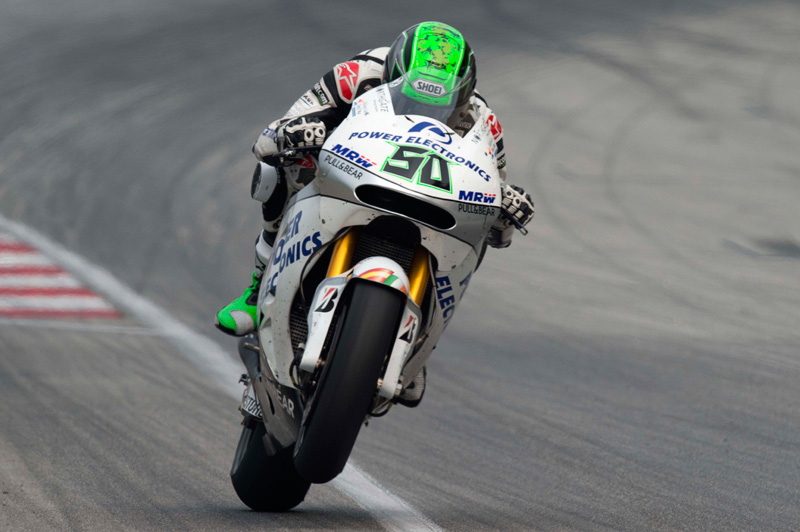 After three exhausting weeks of intense work on the other side of the planet, the MotoGP World Championship returns to Europe this weekend for the final round of 2015, the Gran Premio de la Comunidad Valenciana.

Tickets for the Ricardo Tormo circuit sold out weeks ago in anticipation of a final-round title-decider, which is exactly what the fans will get on Sunday.

Like in 2013 when he fought to the bitter end with Marc Márquez, Jorge Lorenzo goes into the final weekend with a championship chance but trailing on points, this time to his team-mate Valentino Rossi, who himself missed out on the title in the last race of the season at Valencia back in 2006.

The Italian leads the Spaniard by seven points although recent headlines have been more related to the recent clash between Rossi and Márquez at Sepang. Regardless of the controversy that still surrounds that race, there is a championship at stake on Valencian soil this Sunday.

Eugene Laverty is aiming for the best result of his rookie MotoGP season. The Irishman is also keen to give the POWER ELECTRONICS Aspar Team reason to celebrate in their home round.

Eugene Laverty:
“The final round of the season brings us back to Europe after the three hectic flyaway races. I’m still a little concerned about the burn under my right foot from the Sepang race. The extent of the injury only became visible 72 hours after the race and these things take time to heal. Thankfully Valencia is an anti-clockwise circuit with just a few right hand turns so I hope that I can ride without too much discomfort. Valencia is the final race of the Open class category before the rule changes for 2016 and I’d love to be the rider to win it. The problem is that there are several others thinking the same thing! Valencia is the team’s home circuit and so that gives us extra motivation to go out and finish the season on a high.”