Eugene looking forward to Phillip Island: “a track I know and like” 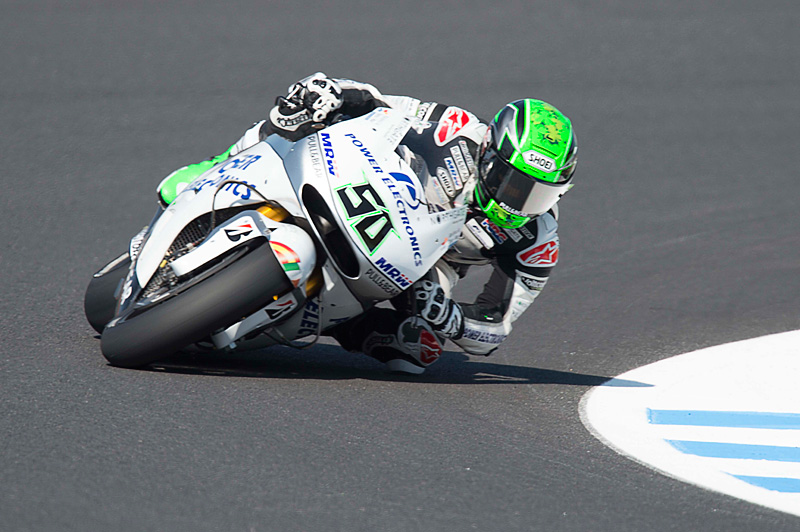 The countdown to the 2015 MotoGP World Championship finale continues this weekend with the sixteenth round of eighteen and the second of three races in as many weekends.

Just a couple of days after the chequered flag was waved in Japan the majority of teams and riders are already in Australia, having travelled thousands of miles from the hills of Motegi to the coastal idyll of Phillip Island.

The legendary circuit is one of the highlights of the MotoGP calendar, with its fast and flowing nature and stunning location making it a favourite for the riders and fans alike.

This year it promises as much drama as ever, with the title fight going all the way to the wire between team-mates Valentino Rossi and Jorge Lorenzo; the Spaniard admitting after Sunday’s contest at Motegi that he now needs to win all three of the remaining races.

Phillip Island is a race that the POWER ELECTRONICS Aspar riders have had marked on their calendar since the start of the season. Both Eugene Laverty and teammate Nicky Hayden love the layout and they have both travelled to Australia with their focus set firmly on a strong result.

Eugene is confident the circuit can suit the characteristics of his Honda. At a circuit where he has celebrated victory on two different brands of World Superbike and in World Supersport, Laverty is determined to add a MotoGP Open win to his tally here.

Eugene Laverty:
“This is a track I know and like, and the character of our bike suits itself more to fluid circuits. Phillip Island is the most fluid track on the calendar, even the two slow corners flow, so I am excited about what we can do this weekend. The only thing I am wary of is the conditions because whenever I have raced there in Superbikes it has been summer and 30 degrees, obviously this is a different time of year. I had a couple of wins in Superbikes but it was more a case of the track suiting the bikes I was on, rather than suiting me as a rider, but I am hopeful it will suit this bike too. Argentina was similar and I was still learning the bike back then but we almost made it into Q2. I’m optimistic, also cautious because you never know what can happen in this championship, but after finishing outside the points at Motegi I am hoping to get back in the fight for the Open victory this weekend and getting back into the points.”