Solid progress for Eugene Laverty across day one at Motegi 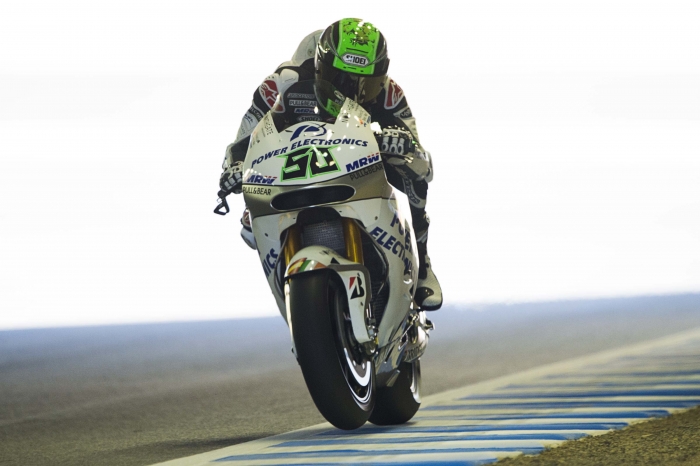 Jorge Lorenzo arrived in Motegi complaining of a shoulder injury but it didn’t prove to be a hindrance today as the Spaniard dominated both of the opening two free practice sessions for the Grand Prix of Japan, just as he did at Aragón two weeks ago.

Despite a brief appearance at the top of the time sheets from Bradley Smith, Lorenzo quickly resumed control and finished the day with a benchmark of 1’44.731 – just two tenths off the Motegi circuit record. With his main title rival Valentino Rossi in eighth place today, Lorenzo’s closest pursuers were Pedrosa, Iannone and Dovizioso.

It has been eight years since Eugene Laverty last rode at Motegi, when he was on board a 250cc machine in 2007, so it was a day of learning for the POWER ELECTRONICS Aspar rider in today’s two sessions.

After struggling on his first outing the Irishman fared much better in the afternoon, improving his lap time by two seconds and making progress with his bike set-up as he rose to nineteenth position.

19th Eugene Laverty 1.46.770 (36 laps):
“I haven’t ridden here since 2007 and today I didn’t recognise anything, it was like a completely new circuit! First practice was difficult but we made huge progress in the second session, more or less two seconds faster, and we also made some progress with the bike because this track is very different to the others with all the hard braking and hard acceleration. The guys made some changes to the geometry in the afternoon and the bike was much better. I am pleased because this morning I was worried – the first session was a disaster – but the afternoon is more or less where we should be on day one and the target was to do a 1’46. I still have a few corners I need to learn, there are some complicated sections where I can improve, so we’ll keep working.”