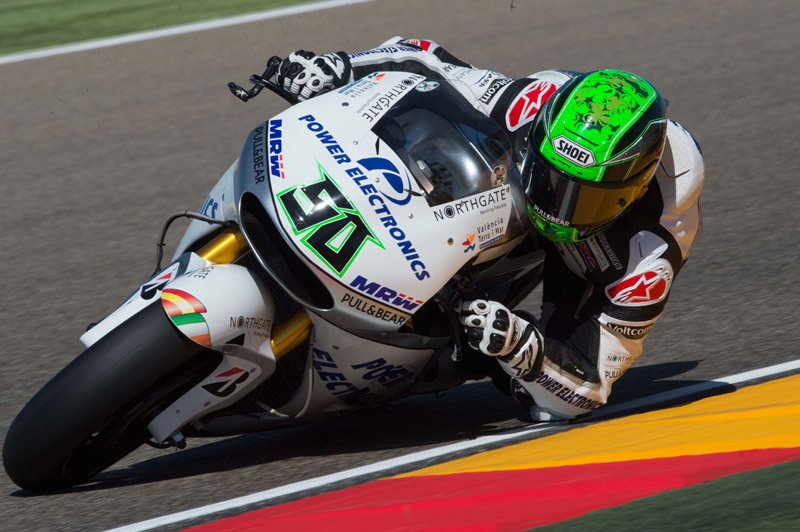 Three races in as many weekends in three different corners of the planet is the next challenge for the MotoGP World Championship teams and riders, as the paddock makes the traditional late-season long-haul trips to Japan, Australia and Malaysia.

The first stop is the magical mountains of the Tochigi prefecture and a technically challenging ‘stop and go’ circuit that the riders always enjoy. Its wide nature and proliferation of hard braking zones make the correct line and reference points absolutely crucial at Motego, with any mistake paid for at a high cost.

Two Yamaha riders arrive at the home of Honda fighting for the championship, with Valentino Rossi and Jorge Lorenzo separated by fourteen points with four rounds remaining, and factory HRC men Marc Marquez and Dani Pedrosa determined to have their say.

After a productive GP of Aragon the POWER ELECTRONICS Aspar team head east in high spirits, with Eugene Laverty looking to build on a first Open victory of his rookie MotoGP season.

Having also qualified as the top Open rider, Aragon was Eugene’s best weekend of the season so far but he is determined to build on his points tally with more victories before the end of the season.

Eugene Laverty:
“Motegi is the first of the three consecutive flyaway races. While many riders may be apprehensive, the thought of riding my bike three weeks in a row excites me! I’m really enjoying being part of the Aspar team and we have a great rapport in the pit box during race weekends. There are a lot of hard braking areas at Motegi followed by acceleration from slow speed and so the track layout doesn’t necessarily favour us. However, we’re on great form coming off the back of our first Open class win last time out at Aragon and confidence is one of the most important factors in keeping that momentum. I’ll approach the weekend with an open mind and of course my aim is to once again fight for the Open class win.”