Eugene looking to be in the points at Misano 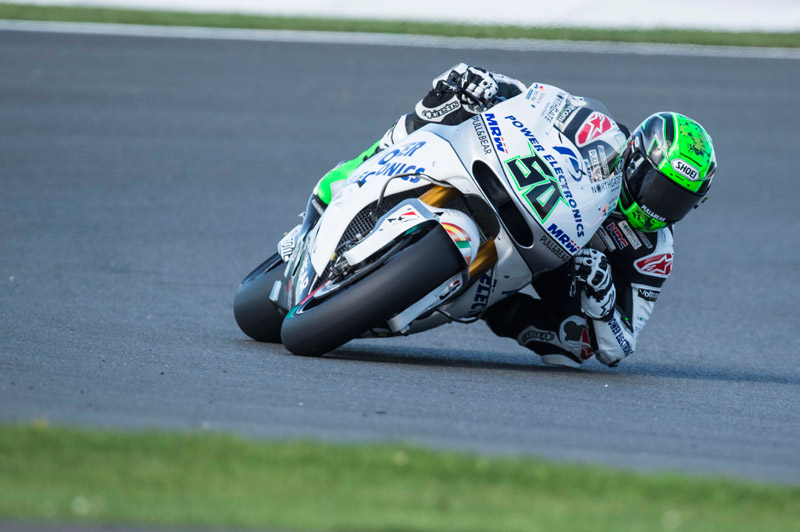 The Misano World Circuit Marco Simoncelli is preparing for a Valentino Rossi party this weekend as the Italian legend makes the short journey from his home to the circuit just a few kilometres away as leader of the MotoGP World Championship.

Rossi, who won here last year, arrives at his home race on the back of his latest career victory at Silverstone, with a marginal points lead over his team-mate Jorge Lorenzo and with Marc Marquez now seemingly out of the running.

The 4.2km Misano track has recently been resurfaced but it promises to offer just as much excitement as ever to the legion of passionate local fans.

Eugene Laverty is hoping to be an Open contender after a strong weekend in his home Grand Prix at Silverstone. The Irishman was denied the opportunity to turn his progress into points by the rain on Sunday but he is hoping to make up for that disappointment with a top fifteen finish this weekend.

Eugene Laverty:
“The last round at Silverstone was hugely positive for us. The rain on Sunday scuppered our plans somewhat but under dry conditions we were consistently the fastest Open class bike all weekend. I’m really excited to continue our progress in Misano. The circuit has a new surface so I expect lap times to improve by around one second compared to last year. Our expectations have risen over the past few rounds as we’ve continued to make good steps forward with our Open Honda. The team have done a fantastic job in giving me the best possible bike since the summer break and I aim to repay their hard work with a points-scoring finish on Sunday.”