Eugene excited for Silverstone race: “One of my favourite circuits” 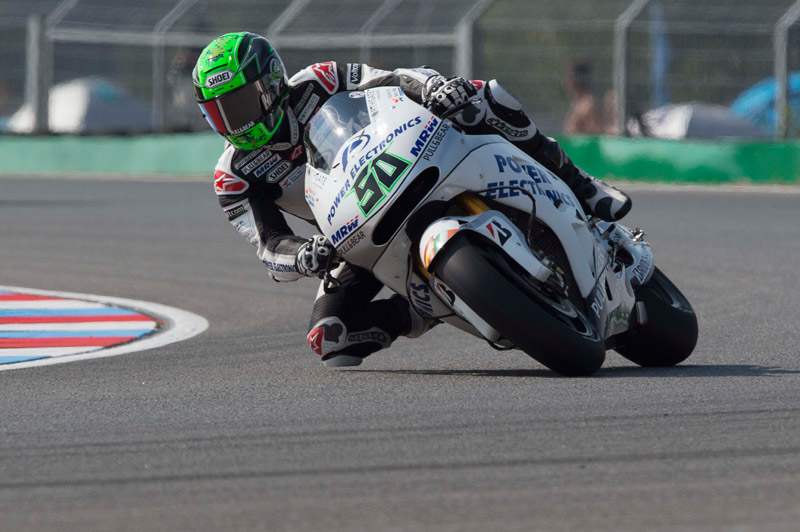 After a welcome week off following two races in as many Sundays the MotoGP World Championship continues this weekend at Silverstone with the twelfth round of the season.

The British Grand Prix takes place at the longest circuit on the calendar, one of just four that MotoGP shares with Formula 1. Lengthy, flat, fast and bumpy, Silverstone presents a host of unique challenges to the riders and their engineers – not to mention the fickle nature of the great British summer!

Valentino Rossi arrives at two-thirds distance in the championship having led the standings up until the last round at Brno, where his team-mate Jorge Lorenzo moved ahead by virtue of his greater win record, with both riders level on points. With Marc Márquez also back to his best, it looks certain to be a gripping final part to the season.

POWER ELECTRONICS Aspar rider Eugene Laverty is excited ahead of the race weekend, and says that this circuit is amongst his favourites and it suits his riding style. This is the closest the Irishman has to a home race and he is determined to convert his recent improvements into a race result in front of his family and friends.

Eugene Laverty:
“I’m really excited about Silverstone, not just because it’s my home race but also the fact that it’s one of my favourite circuits on the calendar. Silverstone’s fast flowing nature makes it really enjoyable to ride and it suits my style well. We expect temperatures to be much cooler than rounds previous and so we’ll have to be wary of that, particularly during the morning practice sessions. We’ve been much stronger since returning from the summer break and yet the past two races have yielded disappointing results. My aim is to set that record straight on Sunday with a convincing race finish. My Aspar Team continue to work as hard as ever and we’ll keep fighting until we achieve the results that we deserve.”