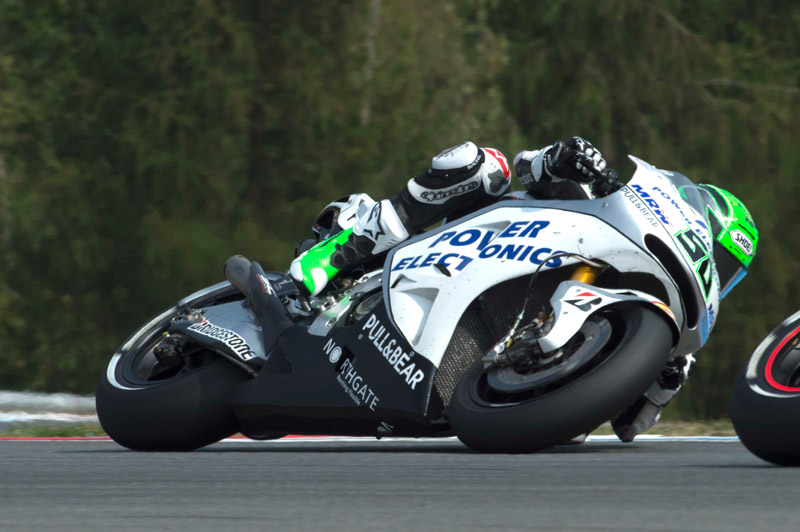 Much like last Sunday’s race at Indianapolis the MotoGP podium was decided early on at Brno today, with the top three riders in the championship currently operating on a different level to the rest of the field.

The threat of rain looked like it might shake things up but in the end it stayed dry, allowing Jorge Lorenzo to dominate for 22 laps. Marc Márquez did his best to give chase early on but he was struggling to stay in touch from lap eight, when Lorenzo began to edge clear.

Valentino Rossi came through to take third, meaning the same three riders made up the podium as at Indy, albeit in a different order, with Lorenzo tying with the Italian on 211 points but now leading the championship by virtue of his better win record.

After setting their sights on success following a promising day yesterday it proved to be a disappointing race for the POWER ELECTRONICS Aspar Team.

Despite not putting together a perfect lap in qualifying Eugene Laverty felt he had the pace to challenge for Open victory but it didn’t prove to be the case.

Eugene sadly did not finish the race, his chances scuppered by a crash on lap five caused by a faulty rear tyre.

Eugene Laverty (DNF):
“When I crashed Jack [Miller] ran into me so I was lucky to come out uninjured, which is at least something positive. In Q1 yesterday we had a faulty tyre and I knew something wasn’t right from the start today. I pushed during the warm-up lap to see if it was the tyre and it was sliding a lot. It is strange because the Bridgestones are usually so consistent and I have never had a problem with them before. The crash was a shame but we can’t do anything about it now, just keep working. The team have done a great job developing the bike over the past two races and I’d like to be talking about good results at the end of the race rather than sounding like I’m making excuses. A few races ago we were a little lost but this is my first season in MotoGP and I am still getting to know this bike. Now our feeling with it is much better and I hope I can prove it soon.”