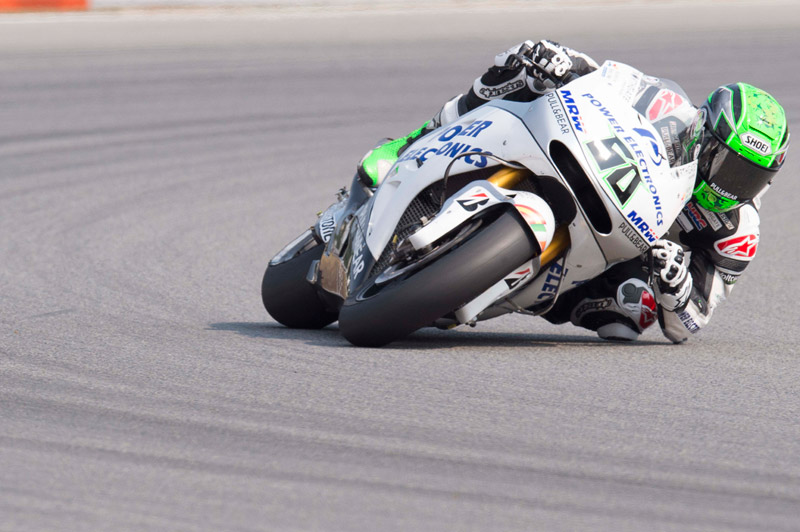 Qualifying in the MotoGP class at Brno saw the grid for tomorrow’s race decided, with Jorge Lorenzo taking pole position. The Spaniard has led all but one session this weekend, and set his best time of 1.54.989 right at the start of the afternoon runout.

Marc Márquez, who had been similarly dominant at the last round in Indianapolis, will start from second on the grid, after setting a time 0.074s off his rival. Valentino Rossi completes the front row for the Czech GP.

The POWER ELECTRONICS Aspar riders have continued to improve throughout the weekend, with both their times and their feeling. All that they lacked today was a hot lap in qualifying to place further up the grid.

Eugene Laverty and Nicky Hayden set practically identical times, with Eugene’s 1.57.634 and Hayden’s 1.57.645 putting them in 20th and 21st position, respectively. Despite starting from far back, Eugene believes that his pace today can bring him a good result on raceday at Brno.

20th Eugene Laverty 1.57.634:
“Although we have qualified low down the order, this weekend is still positive and we continue to push forward. The feeling with new tyres was not exceptional, but our pace is consistent with used tyres. We ended up as the best Open Honda Open, which is something positive, so we will see if we can take another step forward tomorrow and keep improving. In the final practice session I completed nine laps in a row and I didn’t notice any discomfort in my left shoulder like at Indianapolis; I was able to ride quite comfortably. Our times with used tyres look better than our rivals, which is good and hopefully will allow us to be very consistent in the race tomorrow. The bike is performing correctly, today we improved the balance slightly and during the warmup session we will simply look to find a solution that provides us with a bit more grip for the rear.”