Positive day one at Brno for Eugene despite crash 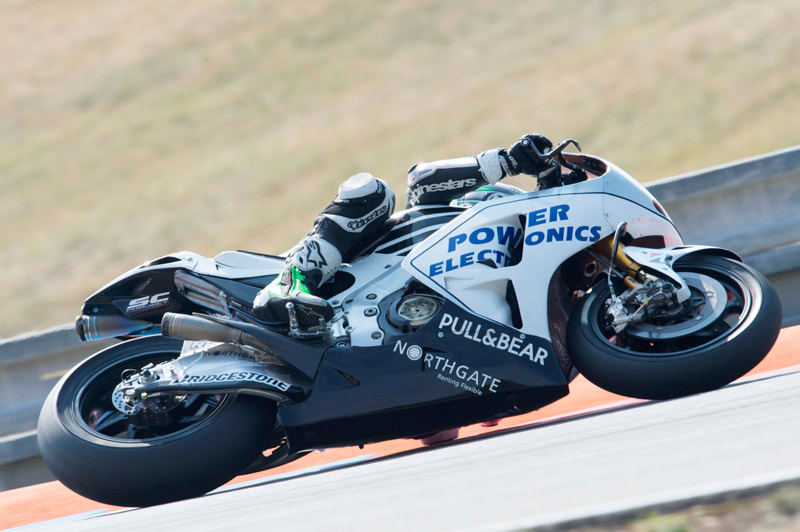 With no time to relax after their excursion to Indianapolis the MotoGP riders were back on track today for the opening free practice sessions of the Czech Republic Grand Prix at Brno. Unlike most opening days when the quicker lap times are set in the afternoon, the opposite was true today as the rising heat had a detrimental effect on track conditions.

As such Jorge Lorenzo ended the opening day of the eleventh round of the season on top of the timesheets thanks to his effort in the morning session, with Marc Márquez quickest in a crash-strewn afternoon.

There was plenty of work taking place during both sessions in the POWER ELECTRONICS Aspar Team garage, where both riders were happy with their initial set-ups before being forced to adjust to the change in temperatures.

Like his teammate Nicky Hayden, Eugene Laverty set his best lap of the day this morning although he was happier with his feeling in the afternoon. The Irishman was on course to improve his best lap almost at the end of the session when he crash in turn nine. However, Eugene is happy with his set-up and confident of improving tomorrow.

20th Eugene Laverty 1.58.656 (30 laps):
“This afternoon the conditions were quite strange but even so I had a good feeling with the bike – it was just a shame that I crashed towards the end of the session on my first lap on new tyre. Luckily I wasn’t hurt. I felt comfortable today on the bike, like at Indianapolis, so we will keep working in the same direction tomorrow. The set up of the bike means I can tackle the corners with confidence and I am sure that we will keep developing and be ready for the race. The team is doing a great job, like at Indianapolis, and we have found a way forward early on. I feel very happy within this team and even though the Indianapolis race didn’t go as we hoped we are working hard to make sure that the second half of the season is much better than the first.”