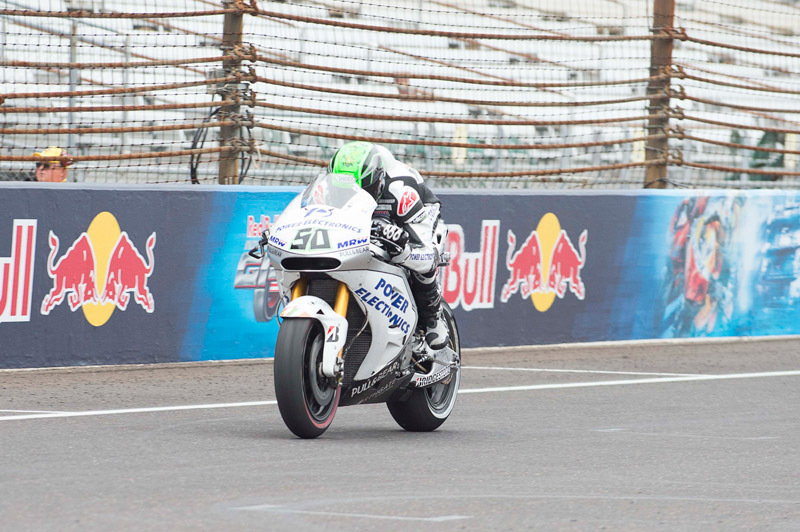 The rain sprang some surprises today in the MotoGP race at Indianapolis. It rained in the morning, but at two in the afternoon the race started on dry asphalt with Lorenzo pushing hard, leading, and breaking the peloton in the blink of an eye. Marquez stayed close and within two laps had opened a gap that would become insurmountable for Pedrosa.

By the midway point Valentino Rossi had joined the podium fight. The battle between Pedrosa and Rossi was won by the Italian who made a great move on the final lap on the second corner. Marquez made his conclusive move at the beginning of the 25th lap to clinch victory over Lorenzo and Rossi.

There was no luck Eugene Laverty in the race sadly, as he was held back by a painful left shoulder which affected his initial progress in the race – leaving him to finish the race in 19th, the position where he started.

19th Eugene Laverty:
“I had started the race quite well, recovering positions, and hoped to get into the fight to be the best Open rider but I had pain in the left shoulder which affected me. I had to ride a lot of the race practically with one arm. After the race I went to the Clinica Mobile and they said the pain may be originating from the neck. I am disappointed because today the team had prepared a good bike and we had the right pace. I hope to recover this week and be ready for Brno.”