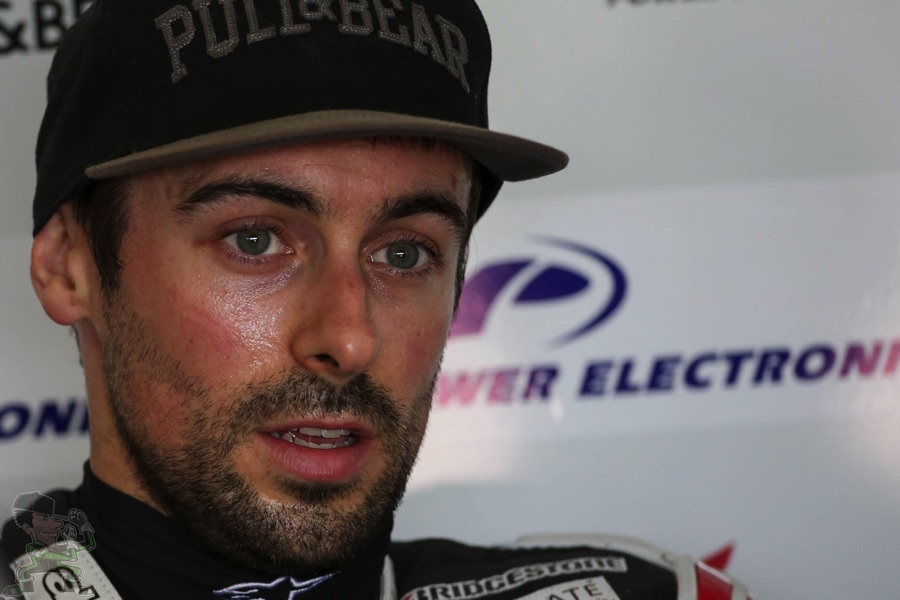 This weekend as the MCE Insurance British Superbike Championship returns to the Brands Hatch Grand Prix circuit there is quite a twist to the usual.

At the start of race two, as the riders form up on the grid, the top three starters will be given the choice to either take up their positions, or alternatively line up on the final row.

Should they elect to sacrifice their front row slot, their challenge will be to charge from last to first and replicate Neil Hodgson’s famous achievement from Oulton Park during the 2000 season to be able to grab the £50,000 prize.

Eugene Laverty:
“I’m excited to watch the BSB ‘King of Brands’ challenge on Sunday. It’ll take a brave rider to take on the challenge of coming through from last-to-first but I’m certain that someone will give it a go. If it rains it’d be epic because then, in my opinion, it’d become much more achievable. The rider that takes on the challenge will lose most of their time during the first couple of laps trying to fight through the pack. When conditions are wet it’s much easier to pass two or three guys per corner and slice your way through towards the front.
I remember watching Neil Hodgson coming through from last-to-first in 2000 and it was pretty darn impressive. The only time I’ve come anywhere close to that was back in 2009 when I crashed out of the World Supersport race on lap 3 at Donington and I had to fight back from 26th to 5th position. But overtaking absolutely everyone, now that’s a different kettle of fish altogether.
It’s yet another great initiative shown from Stuart Higgs and his team that’ll have us all glued to our screens come Sunday. If someone could combine Stuart Easton’s rocket starts with my brother Michael’s agressiveness and spacial awareness during the early laps then they’d find themselves in the top 15 by the end of lap one. That’s the only way I see someone landing the big prize in a straight race. Either rain or a pace car during the second half of the race could play into the riders’ hands though so we’ll just have to wait and see.” 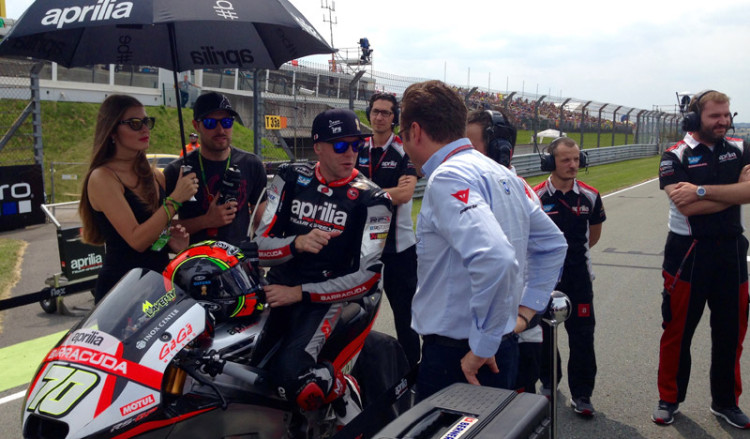 Above: Stewart Higgs tells Micheal Laverty about the #Last2First on the MotoGP grid in Sachsenring.