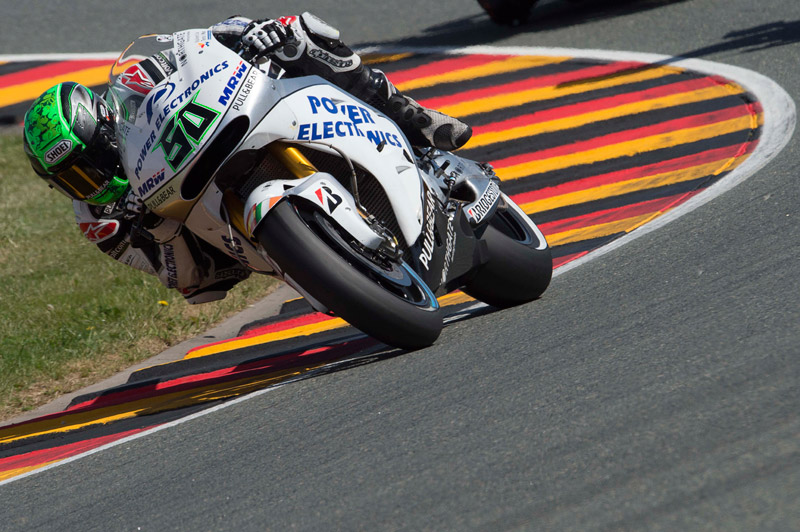 MotoGP, like Moto3 before it, was all about one man in qualifying. Marc Márquez had dominated all the practice sessions and continued his roll in qualifying, setting a new record at the Sachsenring (1.20.336).

A rival has yet to emerge for the Spaniard, but teammate Dani Pedrosa got within 3 tenths of him today. Jorge Lorenzo completed the front row, almost 6 tenths down. The German GP takes place tomorrow at 2pm local time.

Eugene Laverty and teammate Nicky Hayden were both working against the clock on the second day of the German GP, but did not have the improved feeling for which they had hoped.

Eugene eventually placed twenty-third in Qualifying, hindered by a problem with rear grip.

23rd Eugene Laverty 1.22.693:
“Yesterday we started well but in the afternoon we went wrong with the setup. Today we have improved our feeling somewhat, but I am still not comfortable. We worked hard during the day to try to find solutions, but I had some problems with the rear tyre which gave me several scares and close-calls. We have some ideas about how to gain grip with the rear and will work hard during the morning warmup session to achieve this, then try to approach the race confidently.”