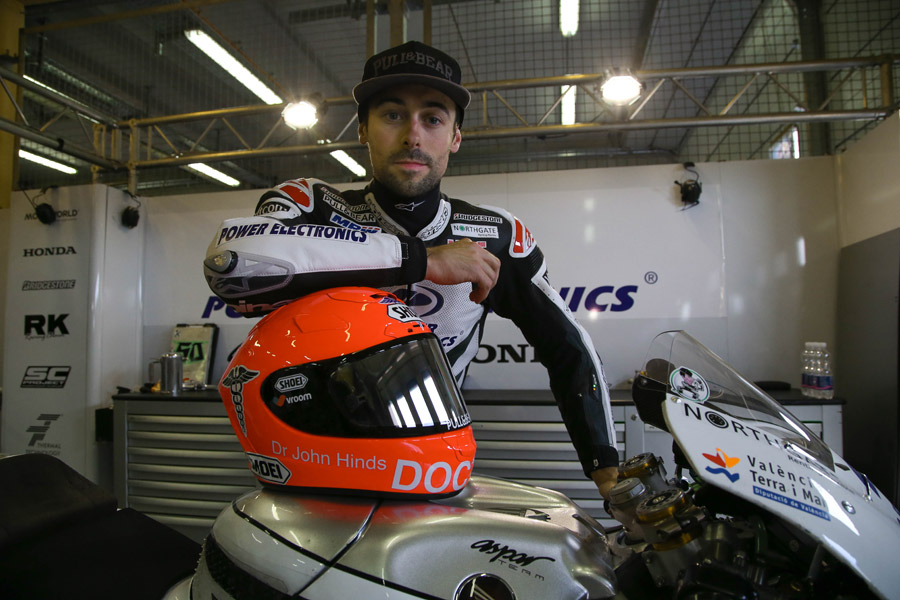 Dr Hinds earned his nickname as ‘The Flying Doctor’ by saving countless lives in both the racing and medical communities. He also worked as a fevered campaigner for a Helicopter Medical Support unit in Northern Ireland to offer quick response to serious accidents within the country.

Eugene also believes this cause is of vital importance for his home country and he hopes that by wearing the helmet he can continue to help raise awareness for the campaign. A petition was started following the accident to continue Dr Hinds’ campaign for HEMS NI with over 45,000 people having signed to date.

Eugene Laverty:
Shoei have made a one off helmet for here and I’ll wear it during the race as a tribute to John because he was a big hero to all of us back home. I met John in 2010 and he was always on hand to help me if I needed any scans or advice and coming from Ireland I have lots of friends who race on the roads and he saved a lot of their lives by being straight on the scene. I had a lot of time for him but also it’s important to support HEMS for NI. I want to help raise awareness for that and the petition already has over 45,000 signatures and that was something that he worked very hard for.

John Laverty:
I had the pleasure of meeting John through my wife Leona. John worked in Antrim hospital along with Leona in the intensive care unit. Leona sang his praises as to how good he was at his work and how nice a guy he was, but the part that got me interested was that he was mad keen about motorbikes.
I had the pleasure of sharing a track with John and we both enjoyed a few fast laps together around the Bishopscourt circuit. He was extremely talented on a bike and wanted to learn more and I was more than happy to be able to help him out and pass on what I had learned over my years of racing. It was nice to be able to give something back to John in return, as he was always the guy helping me out when I had any problems or injuries, he would always be the first person offering his assistance.

Michael Laverty:
I had heard a lot about John before we met, his reputation preceded him. An absolutely terrific guy who saved the lives of a number of my friends in his role as travelling Doctor. John’s personality endeared him to everyone he met, his passion for motorcycling combined with his renowned talent as a Doctor made him an icon in the Motorcycling world. John joked that he would come help me get my bike set up as we were fellow BMW pilots this year, sadly we never got that day on track together. The world is a darker place without John Hinds.