Eugene loses front end in battle for points at Assen 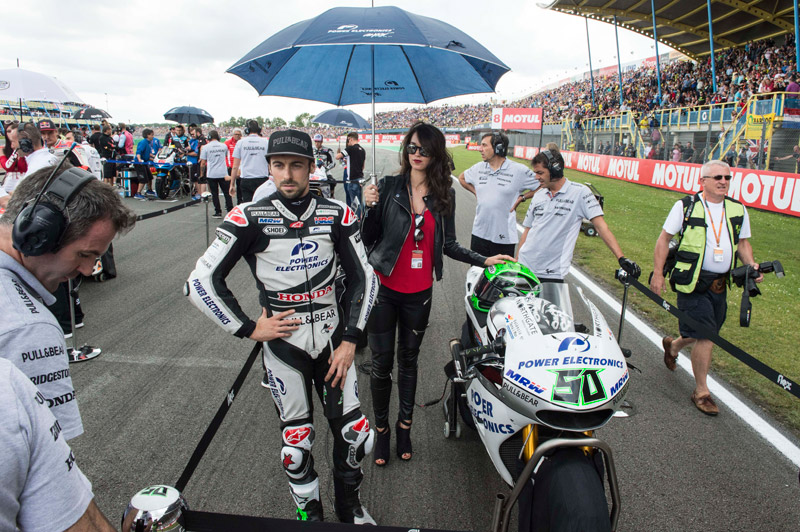 The Dutch TT at Assen provided another exciting MotoGP race this Saturday, won by Valentino Rossi from pole position. The Italian engaged in an entertaining battle with Marc Márquez.

The two rode side-by-side for much of the race, out on their own after breaking free from the chasing pack. The victory was decided on the final corner of the final lap, at the notorious Assen chicane.

Márquez attempted a pass, grazing Rossi and running him off track as the Italian avoided crashing. The shortcut along the gravel took Rossi to the chequered flag, in a finish that was controversial for the contact made by Márquez. Jorge Lorenzo completed the podium in third.

Eugene Laverty got involved in the battle for best Open rider and a fight for championship points. A new swingarm for the Northern Irishman allowed him to be more consistent and today he was a tough opponent for his rivals, until on Lap 16 he lost the front at Turn 10 and crashed out.

Eugene Laverty (DNF):
“Today we fought for victory in the Open class, but unfortunately it was only in fifteenth position. The important thing is that I was consistently fighting until I went down. I pushed very hard, and in fact my fastest lap came just before the crash. We had some problems with the front, and I lost it at Turn 10 when accelerating. We’d had several warnings on similar corners, and it was just an unfortunate crash. We have done a great job this weekend with the new swingarm, and we can see that it has great potential and allows us to be consistent. We need to work on it, because when improve one area we get worse in others. This is my first crash in a race this year; it hasn’t been a great weekend, so we will try to change our luck in Germany.”