Eugene looking forward to racing with new swingarm: “The race is where it counts” 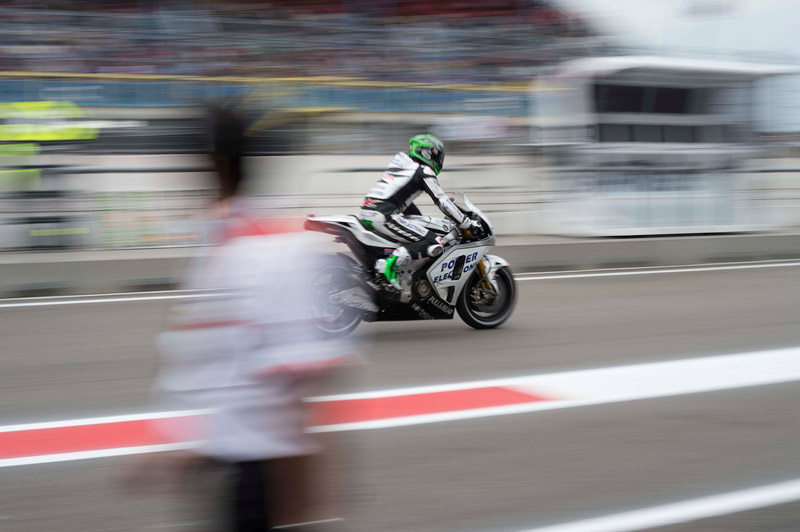 This second day of the Dutch TT saw the grid decided for Saturday’s race. In qualifying, Valentino Rossi took pole position at Assen in a closely fought session.

With barely two minutes remaining, seven riders were on potential pole laps, but it was the Italian who took the top spot on the grid –ahead of Aleix Espargaró and Marc Márquez.

The duo were 2 tenths behind Rossi. Both the Italian and teammate Jorge Lorenzo have been fast so far this weekend, but Marquez has also been quick at the Dutch track.

Eugene Laverty has debuted a new swingarm this weekend and has continued his work with his setup. Although very consistent and stable with used tyres, he did not manage to place higher up the order on new tyres during qualifying – though, on a positive note, he was top Open Honda.

Despite starting from nineteenth on the grid, the Northern Irishman believes that his bike will be more consistent in the second half of the race than at recent rounds.

19th Eugene Laverty 1.34.428:
“My qualifying position isn’t dreadful and it isn’t fantastic. My first new tyre in qualifying I did a good laptime and my second lap was pretty much inch perfect but with the second tyre I just didn’t put together a really good lap. I’m content with qualifying though because the bike is feeling good on used tyres and being the top Open Honda is good and we’re doing what we can. We’re 19th so it’s difficult to be happy with that but the race is where it counts and this is probably the first time that I can look at a race optimistically. The new swingarm is helping and one new tyres the bike feels really good.
We’re definitely back closer to where we want to be. I was really pushing hard for the swingarm because I knew that it was something that I really wanted as opposed to just wanting a new and shiny part. We’ve made a step back to being the top Open Honda but this isn’t a Honda circuit so that’s why we’re a little bit behind the Forward Yamaha’s but it’s positive for the upcoming rounds which will suit the Open Honda.”