Eugene happy with new swingarm on opening day at Assen 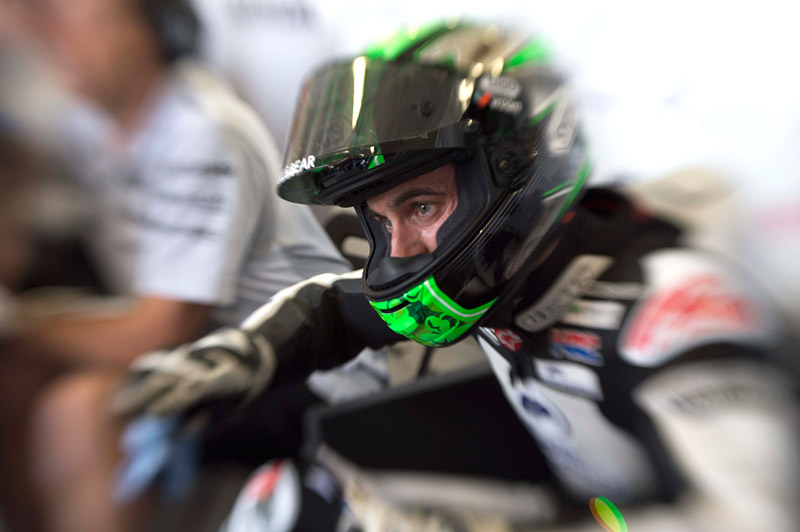 The Dutch TT got underway at the TT Circuit Assen this morning with some sensational lap times, most noticeably from Dani Pedrosa, who smashed the circuit record with the fastest ever lap of the legendary track by a motorcycle.

With 24ºC ambient temperatures the conditions were perfect for riding today although the forecast looks less favourable for the rest of the Grand Prix.

Valentino Rossi set the pace in this morning’s opening session, followed by Marc Márquez, with the Spaniard taking control in the afternoon as he opened up a gap of over half a second from the rest of the field.

It seems as though his decision to switch back to last year’s chassis has been the right one, even though he was robbed of the best time of the day by his team-mate Pedrosa, with that stratospheric lap of 1’33.450 late in the second session.

Eugene Laverty was like a kid with new shoes today as he put the new swingarm that he tested after the GP de Catalunya to good use.

The POWER ELECTRONICS Aspar rider gathered some data with the older version during this morning’s session before switching to the new one this afternoon, when he went a full second quicker, making more than favourable back-to-back comparisons that have given him optimism about the potential of the new material.

17th Eugene Laverty 1.35.047 (43 laps):
“We were able to work with the new swingarm today but in the first session this morning I preferred to do a long run on the old one so that we could compare. The feeling with the new one was very positive and I could already feel the potential. Obviously we are not going to perform miracles in one day, we need to go step by step but the first impressions are positive and it gave me the stability and confidence I was looking for. The grip in corner entry is incredible. We improved considerably from one session to the other and managed to set some consistent laps. The bike is easier to ride now, I am more comfortable in the fast corners and I can follow other riders, which is useful for us to know exactly where we’re at.”