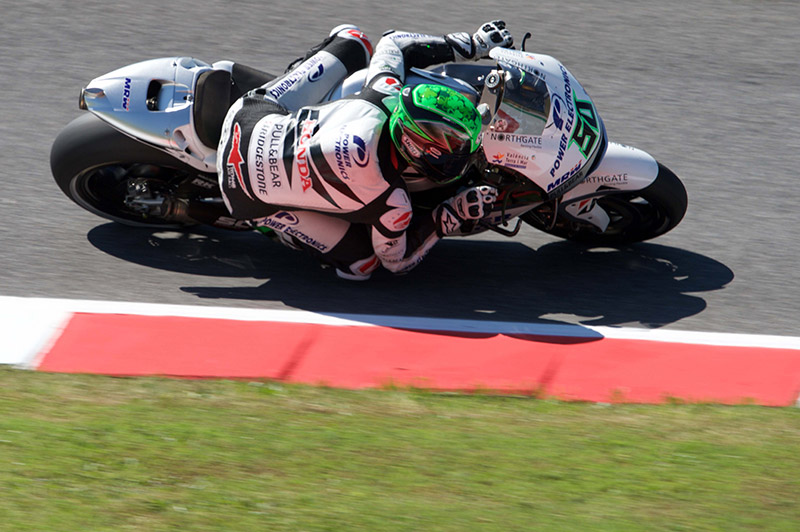 The MotoGP World Championship heads from the hills of Tuscany to the outskirts of Barcelona this weekend as the Circuit de Cataluya prepares to host round seven of the season.

Like Mugello, this is a circuit made up of fast corners, some hard braking and slow sections and one of the longest straights on the calendar. The second round of the season on Spanish soil takes place in mid-June, which means temperatures are sure to soar – along with the heat from the vociferous local crowd.

The series arrives in Barcelona with Valentino Rossi maintaining a championship lead he has held since round one but with the ever-increasing threat of his in-form team-mate Jorge Lorenzo.

The man from Mallorca has three straight wins to his name and another one on Sunday could well see him take over at the top.

For POWER ELECTRONICS Aspar rider Eugene Laverty the Catalunya GP is another opportunity to score a good result for the team in a home race.

Eugene managed to score points despite never quite finding an ideal set-up for Mugello. His objective is to continue his points-scoring form this weekend but almost more importantly to improve his feeling and pace with his package.

Eugene Laverty:
“These past two rounds have been really difficult and so I really want to rediscover the pace we’d shown earlier in the season. Catalunya is essentially a ‘new’ circuit for me as I haven’t ridden there since 2008. I don’t see that as a big hurdle as I’ll do my homework and prepare well beforehand. The team are working hard to improve the balance of the bike to help me in the flowing corners and I’m confident that we’re moving in the right direction. My aim is to regain ground in the Open class battle and fight my way up into the top three by the summer break.”