Eugene qualifies 24th at Mugello, but ready to push hard in the race 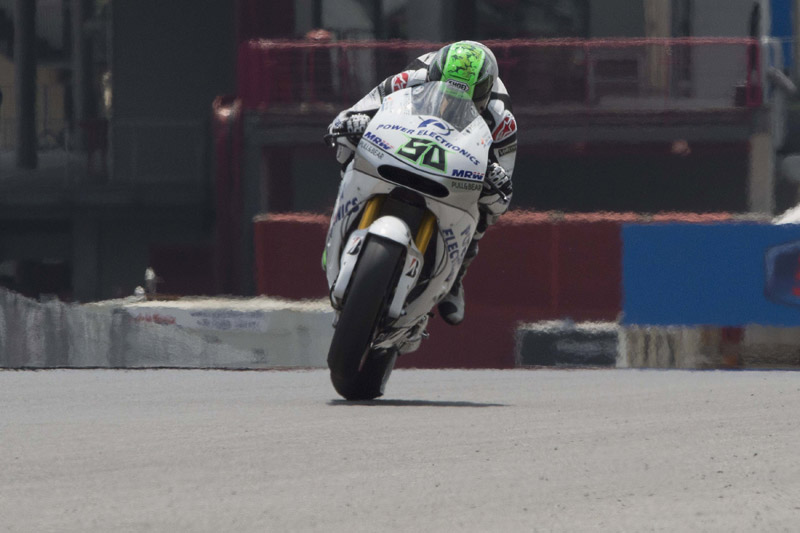 The MotoGP race at Mugello holds plenty of promise, due to the atmosphere and the developments in qualifying today. The grid for the Italian showdown was decided on Saturday afternoon, with a surprise as reigning World Champion Marc Marquez failed to progress from Q1.

Andrea Iannone took his first pole in MotoGP, 0.095s ahead of the pacey Jorge Lorenzo. Valentino Rossi starts from eighth and Marquez thirteenth. The race takes place at 2pm local time, and is one of the showcase occasions on the 2015 calendar.

Eugene Laverty will start from twenty-fourth position, and the Northern Irishman also managed to improve his times from yesterday. Unfortunately, he still requires a big comeback if he is to claim points at the Italian GP – but remains resolute to give it his all in the race, despite the ongoing lack of confidence in the bike’s front end.

24th Eugene Laverty 1:48.638:
“After a difficult weekend, today we progressed considerably with our times. We got into the mid-1.48s means, but of course twenty-fourth position is not where we want to be. In the qualifying session, after changing the front tyres, we managed to get a slipstream from another rider; with the second tyre that was not possible and I had to ride alone. I couldn’t continue to bring down the times, and we know how important the slipstream is here. There are several blind corners and riding behind someone helps you to have references. After yesterday’s crash, it is proving more difficult to be confident enough to push the front when entering corners. I am braking hard, but we have to improve the setup of the forks to turn in better and push the tyre when cornering. Tomorrow will be a tough race, but, like in France, we have to push hard and try to gain all the positions that we can.”