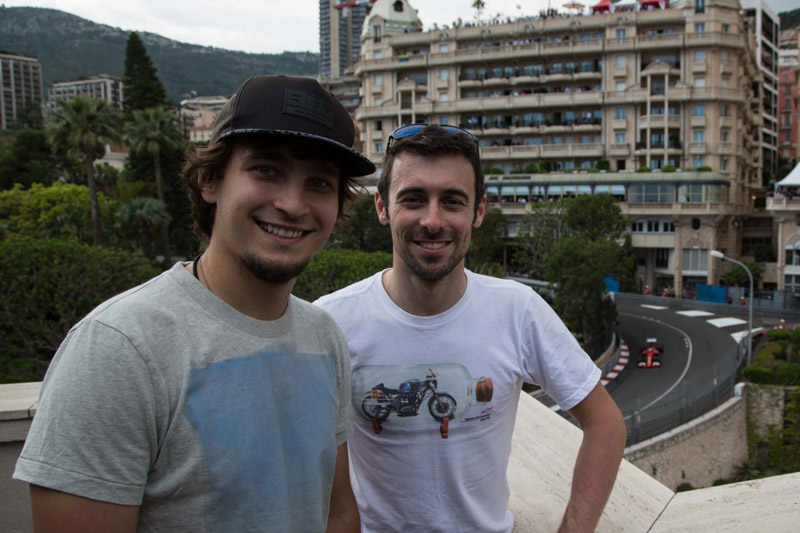 Despite not having to race this week it’s been a very busy “weekend off” for Eugene Laverty. There’s plenty of excitement around Monaco ahead of the Formula 1 Grand Prix and as a result there was plenty of sponsor appointments and functions for Eugene to attend.

One of the most important was a charity cycle held on Wednesday in honour of Sean Edwards, a sportscar driver who died 18 months ago in a crash in Australia. The cycle was organised to raise funds for the Sean Edwards Foundation which looks to raise awareness of on track safety and educate drivers about the dangers of the sport.

Having been involved in a charity cycle from France to Monaco last month this route saw Eugene ride towards Italy. With perfect weather conditions the Mediterranean coastline offered plenty of beautiful views. Although as ever it was hard to beat the view of a nice cup of coffee once the cycle was finished!

Thursday saw Eugene spend the day on a yacht in the Monaco harbour watching the Formula 1 practice sessions with his Fiancée Pippa. It was the first time that he has been up close and personal with an F1 car and he came away impressed by the speed but joked that drivers weren’t even getting their knee down through the chicane!

The experience was a new one for Eugene because despite living in Monaco for almost three years this was the first time that his racing schedule didn’t clash with the Formula 1. With World Superbikes at Donington Park however he’s been keen to keep up to tabs with the two wheeled racing this weekend!

Eugene Laverty
“Formula 1 took over town this week and it was great to be able to watch the guys in action just a short walk from my home. I enjoyed watching trackside and the great thing about the Monaco GP is that you can get really close to the action. I was supporting both Daniel Ricciardo and Jenson Button so it was great to see those two have their best races of the year to date. Monaco is a very unique track and I’ve no idea how those guys can find anywhere to overtake around there! In bike racing more or less every corner is an overtaking opportunity but that’s just not the case in car racing. F1 is a great spectacle but MotoGP has always been where my heart lies.”