Eugene sets aside crashes and looks to positive raceday 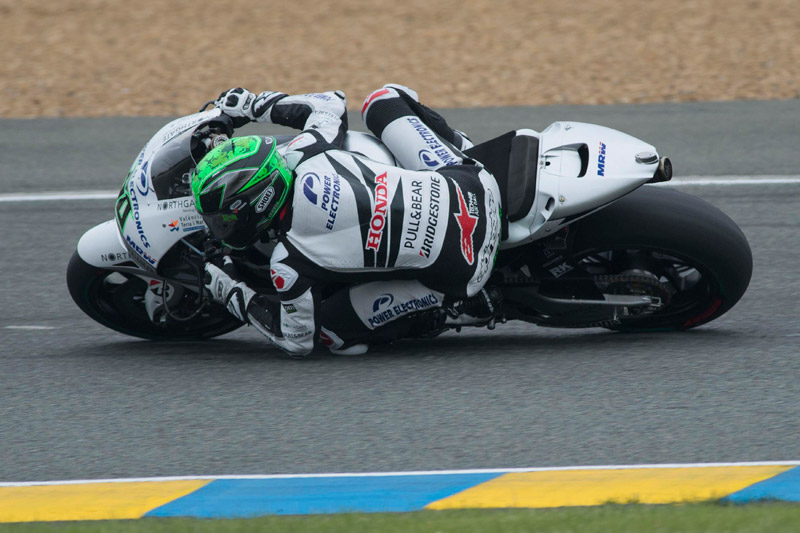 After four free practice sessions led by four different riders in Dovizioso, Smith, Lorenzo and Baz, this afternoon’s qualifying practice for the French GP saw another change at the top of the timesheets as Marc Marquez snatched pole position for the fifth round of the season.

Rainfall during Moto3 qualifying abated for the final free practice session in the top class and as Q2 took place on a dry track Márquez was able to overcome the challenge of Lorenzo and Dovizioso to snatch his third pole of the season.

POWER ELECTRONICS Aspar rider Eugene Laverty had something of a mixed day as he crashed twice, admitting that both were down to the wrong tyre choice. Nonetheless he was happy with pace and progress overall. The Irishman continues to learn in his rookie MotoGP season and he is looking forward to a more positive day tomorrow.

21st Eugene Laverty 1.34.947:
“Yesterday was a tough day and I didn’t enjoy myself on the bike but today we really managed to improve the front-end response of the bike and I was able to get it turned more easily. The only shame today was that we had two crashes, which both happened when I was on a used front tyre and a new rear. It is a mistake we need to learn from but apart from that I am okay, the pace is decent and tomorrow we need to build on it. I think we deserved more than 21st place today but we didn’t manage to put a faster lap in so we have to try and make up positions tomorrow.”