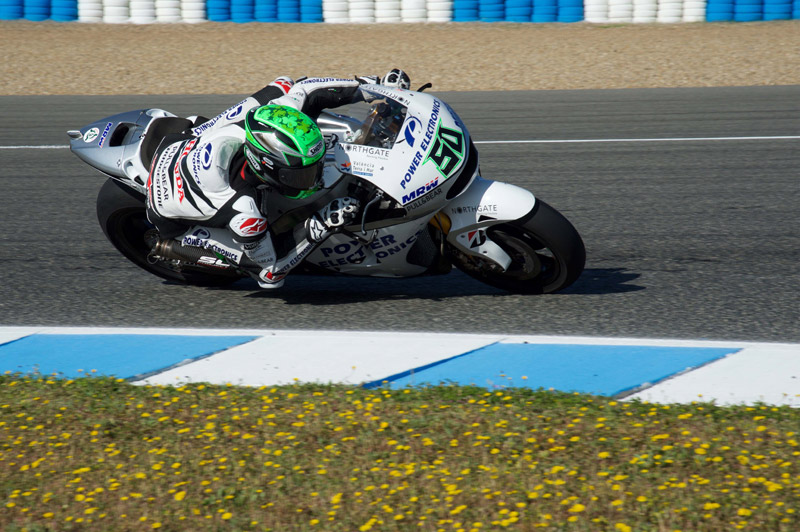 After four rounds of the MotoGP World Championship the series heads to Le Mans for round five with no fewer than three race winners already off the mark.

Jorge Lorenzo’s dominant victory in Jerez last time out came on the back of wins for Valentino Rossi in Qatar and Argentina and a single victory so far for the defending champion Marc Márquez in Texas.

With Ducati’s two factory riders looking capable and keen to open their victory account as soon as possible, the legendary French circuit promises to host another intriguing weekend of action from the moment free practice gets underway on Friday morning.

A post-Grand Prix test for the POWER ELECTRONICS Aspar Team at Jerez will hopefully see Eugene Laverty in more competitive shape this weekend.

Over the course of many laps at the Spanish circuit Eugene finally made a breakthrough with the lack of rear grip that he had encountered during the race weekend and in previous races this season.

Eugene is well aware of the challenge that lays ahead at Le Mans but is hugely determined to give his best once again.

Eugene Laverty:
“We did a great job in the test after the Grand Prix at Jerez, finding a solution to our rear grip problems there. That is a positive step as we look towards the next round in France. We have shown our pace over a single lap this season but we have been lacking consistency over race distance and we feel we found that at Jerez. I rode Le Mans during my time in 250cc but that’s a long time ago now and it will seem like another new track to me. That won’t be a problem though and I’ll be doing as much work as I can at home to be prepared. We’ll be focused from Friday on doing the best possible job and building on the positive base we found at Jerez.”