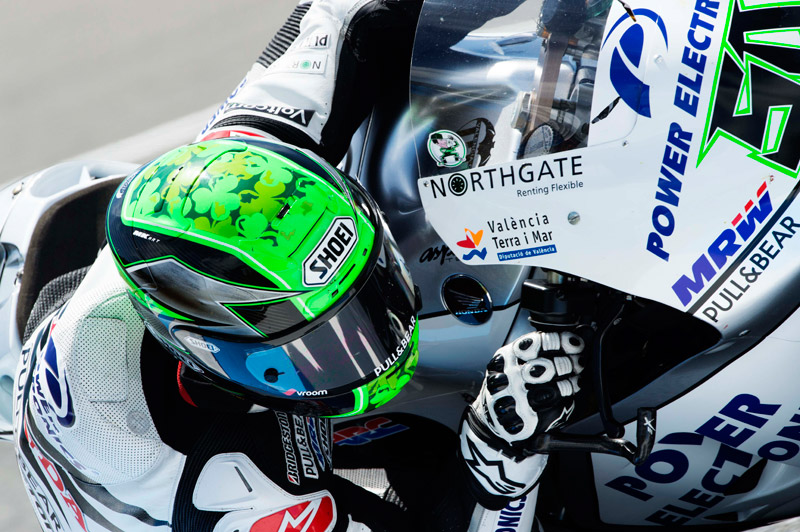 Qualifying at Jerez on Saturday decided the grid for the fourth round of the MotoGP World Championship. No doubt the man in form this weekend so far is Jorge Lorenzo, and the Spaniard has topped almost every session of the Spanish GP so far.

He took his first pole of the season today, fending off challenges from Andrea Iannone and Marc Márquez in the closing stages with a perfect lap. He left his rivals almost four tenths behind.

The Espargaró brothers, Iannone, Valentino Rossi and Márquez are all likely to pose him problems tomorrow, as will the stifling heat and the effect it can produce on tyres.

The second day in Jerez began strangely for Eugene Laverty, who suffered a crash in the penultimate free practice and, immediately afterwards, had a bird fly into his bike.

The Northern Irishman did not lose his composure and in the final free practice session he completed a long run. This helped him to improve his feelings with the front, but not with the rear. Overall he was happy with the setup of his bike, but is still looking for more rear grip. Eugene has set a target of scoring points for the first time this season, starting from seventeenth position.

17th Eugene Laverty 1.39.974:
“The day started a little eventfully with a crash in the middle of free practice. Then, in the same session, a bird hit my bike and broke the bubble. It was a pretty heavy hit. In the final practice session we did a long run of twelve laps, about half race distance. The feeling was quite positive. The problem with these temperatures is that after a few laps our safety is compromised, because I lose grip on the rear. I’m skidding a lot and I cannot stop the bike well. Fortunately, we are in better shape than in Argentina, but we still suffered a lot. Luckily, this is our only setback, and the rest of the bike is working well. This morning after the crash we found some very satisfactory solutions with the front end. I am sure that we will have a hard race because of the conditions, but our main objective will be to push hard and try to pick up points.”