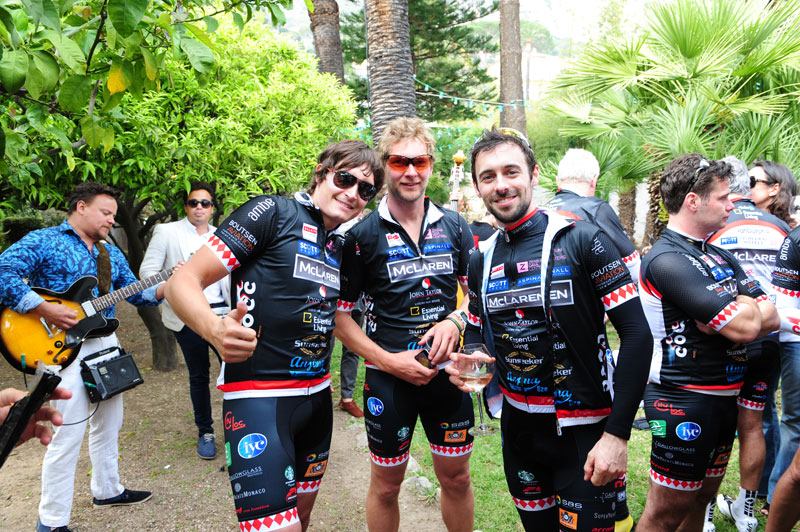 The proceeds from the charity cycle will go towards funding projects in South Africa to be used to teach children how to swim. The charity is close to many residents of Monaco with Eugene joined by a host of celebrities including Prince Albert of Monaco, Mika Hakkinen, and Eddie Jordan. With former Tour de France points classification winners Thor Hoshovd and Baden Cooke also taking part there was no pressure to be the first back to the principality so Eugene was able to enjoy a cup of tea at numerous rest stops along the route!

Having lived in Monaco since 2012 this was the first time that the racing calendar allowed Eugene to take part in the event. Past editions have seen bad weather afflict the outing so it was worth the wait with this year’s event taking place in perfect conditions. With the route passing along the coastline of France on a route that would take them past Frejus, Cannes and Nice before finishing in Monaco it provided a perfect opportunity to enjoy the scenery of the Mediterranean coastline.

Eugene Laverty:
“This was the first year that I could do the event but I really enjoyed it! I always like to be involved with charity work and when it’s anything that’s related to children and sports it’s something that I am always willing to help with. There was a strong Irish link to this event this year with myself, Sonia Irvine, Eddie Jordan amongst others all taking part. Thank you to David Coulthard for his kind sponsorship”.