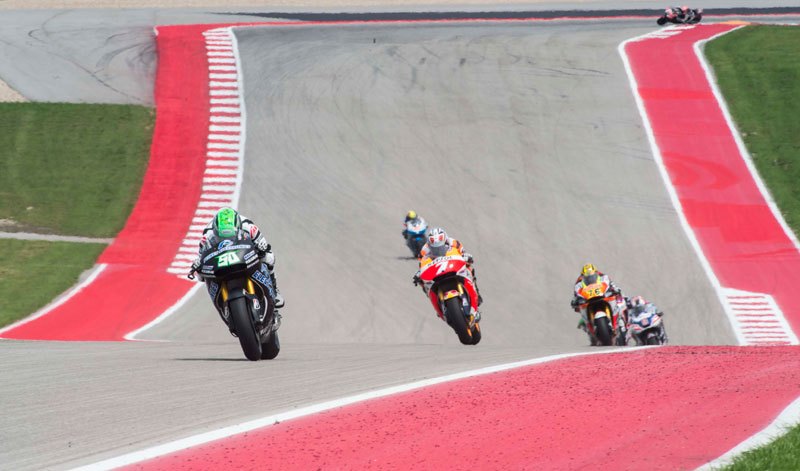 A weekend of peculiar delays continued today at COTA, where a water spillage moments before the MotoGP race saw it pushed back by half an hour.

Once it got started there was nothing unusual about the race winner as Marc Marquez dominated to take his third straight win at this track ahead of Andrea Dovizioso and Valentino Rossi.

Eugene Laverty made up ground from his qualifying position but after lapping in twelfth place early on he eventually dropped out of the points as he struggled to maintain his pace on used tyres.

16th Eugene Laverty:
“It was strange today because the bike felt different to the rest of the weekend with the change in temperature. Also the tyres really dropped off at the end of the race. With my riding style it was hard to maintain full lean angle and I was more sat up on the bike, like on a Superbike, and that made me lose touch with the guys I was lapping with. I got left behind a little and even though I tried to get back with them it was too late. This is a physical circuit and once the tyres went it was even harder. Anyway, it was an interesting race, I made a good start and I felt good in the early laps. I was able to be aggressive and I had a good fight there for a while with Jack Miller.”