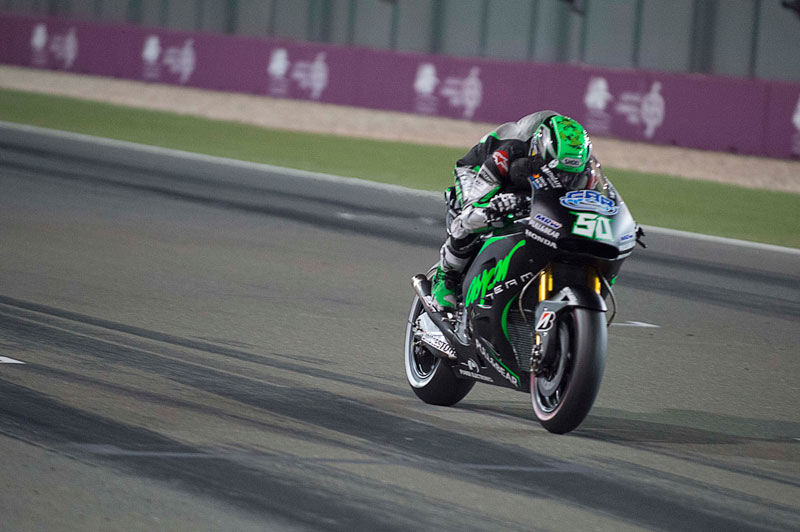 Iannone and Dovizioso concluded the final MotoGP free practice session monopolizing the top positions of the timesheet, which was a sign of things to come. If yesterday there were tight gaps between the riders, today that trend continued in qualifying with less than a second between the top 11 finishers.

Variety, diversity, drama, all were experienced today in MotoGP, unlike the monotony of last year. It is clear that the races are a different story, but let us dream for now. A Ducati rider, Andrea Dovizioso, confirmed this, as the Bologna brand was faster than anyone. And so the Italian rider, on the penultimate lap, took two tenths out of the rest to earn the first pole of the 2015 season.

The race will be different, as Honda riders have done their homework well and Lorenzo also has good pace. Everything is ready for the greatest show on earth, MotoGP.

The upward trajectory of the Aspar Team riders continued today at Losail, as they again improved their times during the qualifying session, although the tight competition between all the riders saw them end up towards the back of the grid.

Eugene Laverty, 19th in the end, enjoyed his first MotoGP qualifying session. The Irishman is ready for his first race in the premier class.

Eugene Laverty – 19th – 1’55.848:
“Certainly I would have liked a better position, but I think we did a good job. For my first MotoGP QP I believe that our times were quick. I’ve realized that I still need to learn to be faster on a single lap and learn to squeeze the tyre. Step by step we’re improving, but we have to continue working. The bike is performing with, I feel comfortable with it and tomorrow I will try to enjoy my first race in MotoGP. Today we have again improved the feeling with the front end, I am very happy with braking. Tomorrow the aim will be a good start and to try to be consistent throughout the race. I’ve never completed 22 laps in a row with this bike, so probably tomorrow I will learn more than I’ve learned during the preseason.”