Losail testing gets underway under the floodlights 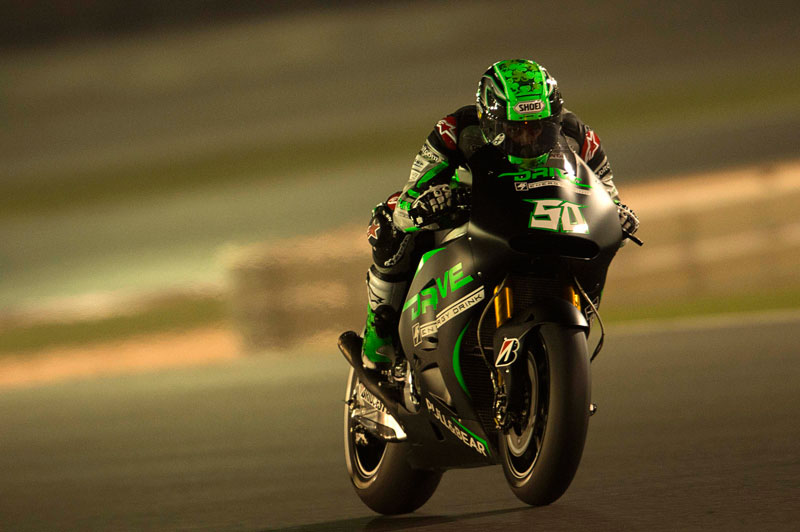 After six days of testing at Sepang during February the MotoGP riders were back on track at Losail today, as the final test of the 2015 preseason got underway.

Three nights of action under the desert floodlights began with a session from 4-11pm, although the majority of riders skipped the first couple of hours as night fell on the desert circuit. Andrea Iannone and Andrea Dovizioso set the pace on the evening, both lapping in the low 1’55s.

The new season is now just two days of track action away for the DRIVE M7 Aspar Team and both Eugene Laverty and teammate Nicky Hayden are keen to make the most of the available time to get their machines ready for the first race of the season.

The first day’s work saw Eugene overcoming an early problem with his electronics package to lap just four tenths off the pace of his experienced team-mate.

Eugene Laverty 1.57.500 (44 laps):
“At the start we had a setback with the electronics and I wasn’t able to ride much but then the mechanics fixed the bike and we made progress. The sensations here on the first day are better than Sepang. This bike adapts well to the conditions of the circuit and I’m sure that tomorrow we can make a lot of improvements. Even though this was the first day the track is quite clean. I set my fastest time on the hardest rear tyre which is quite positive. Today we worked mainly on the chassis and I felt comfortable even though we didn’t have much time to work.”