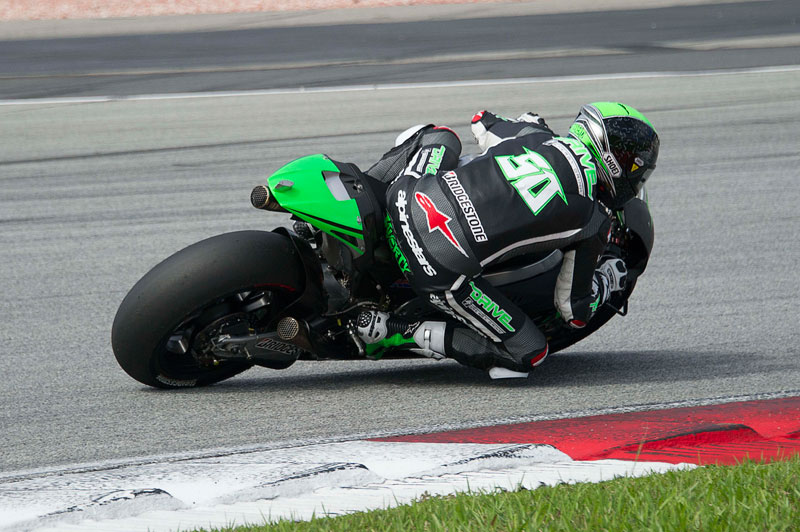 The MotoGP riders were in action again at the Sepang circuit, on the second of the three days of the first test of 2015. The track was open from 10am until 6pm, although some teams stopped at midday to avoid the sweltering heat.

The times in the premier class were again spectacular, and Jorge Lorenzo broke the 2 minute barrier with his 1.59.963 lap. Times are already closing in on the fastest official lap of the Malaysian circuit (Marc Márquez / 2014 / 1.59.791).

The second day of action at Sepang has confirmed that the four favourites for the title last year remain so this time around. Today Andrea Dovizioso continued amongst the top riders, with the second best time, and is the alternative to Márquez, Rossi, Lorenzo and Pedrosa.

Eugene Laverty continued working to adapt to an entirely new class. The Northern Irishman focused on putting in laps, in order to feel more comfortable onboard his Honda and improve its lean angle. On day 2 Laverty also lowered his best time from yesterday, but is aware that he must continue working to accelerate his adaptation.

24th Eugene Laverty 2.03.129 (45 laps):
“Today we continued to work on my riding position, to make me feel more comfortable when riding. We are testing the chassis to improve the lean angle. One of the aspects which we have improved is stability under braking, so now I can stop the bike more easily and I have greater sensitivity with the front fork. As for the rear, we still have to keep working to find some more grip. The tyres we used before had a very low temperature and skidded a lot, whilst those we are using now have a higher temperature. That means I can slow the bike down when sliding. I do not mind sliding if the bike still turns, but sometimes if you slide too much you lose time.”